Thought it would be fun scanning a few more old pictures. Here am I with my mother and sister at the Muiderslot in the Summer of 1983. It seems to have been the Summer I took my first own pictures with the camera of a friend of my parents. During the holidays we spent some time at their rather big house in Amsterdam (not as big as the castle though). 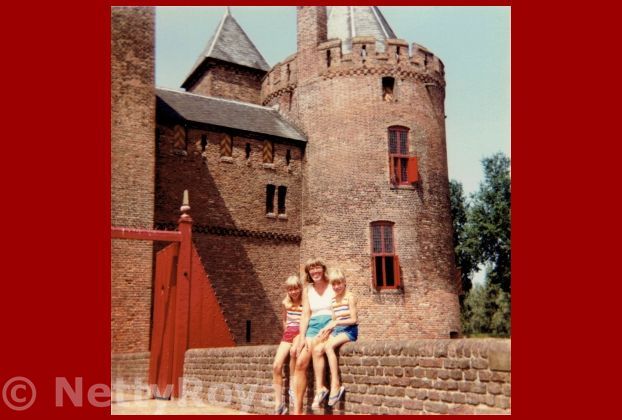 The Muiderslot is located in Muiden, not far from Amsterdam, and is relatively small. Around 1285 the first stone keep was built at this location at the mouth of the river Vecht, the most important waterway to the diocese of Utrecht, ordered by Floris V Count of Holland. The castle however was destroyed hardly ten years later after Floris V was kidnapped and murdered. The castle was restored from 1370 by Albrecht I, Duke of Bavaria, who was also Count of Holland and Zeeland. Walls and bastions are dated 1576. In the 19th century the castle was saved after invention by King Willem I of the Netherlands and in 1878 became a national museum.

I am dreaming of …