For those who don’t know: I am not only a long-time royalty watcher,  but also a royalty journalist. It all started with my website in October 1998 in a time that there weren’t a lot of royal websites around yet. Fans liked it, media liked it. I liked writing, so before I knew it I had a monthly column at a royalty magazine for some months and wrote a few articles. I got in touch with other fans and journalists, as well as writers, went to my first events as official media in the early 21st century. And nowadays I work already for many years for a foreign press agency. Although I think some colleagues doubt it, I work almost fulltime.

There is often a lot of news at the start of a new week, surely when there have been lots of events. I get out of my bed at 7am, take a shower, and start up the computer around 7.45am, often long before I put on some proper clothing. Working at home has its advantages, although it sometimes is a bit lonely without colleagues you can talk to directly. Going through the news of various royal houses – including Twitter – can take one, but sometimes also two hours, while in the meantime I also check for new calendar activities, read my mail and check Facebook. In between I do have some breakfast too. For the rest of the day I write short articles about various topics, look up for pictures and keep on checking Twitter if anything important has happened, as you never know.

Sometimes you read funny things, other times you really can’t understand why something is written at all. The British press nowadays writes so much nonsense online. Much fuzz yesterday about former serviceman Prince Harry of Wales wearing a beard and a uniform! Something he apparently was not allowed to do when he was still serving, but he hasn’t for the last two years. The hottest topic of the past week is the royal family of Romania however. King Michael is 96 years old now and is not in good health, and his family has started fighting and communicating via official press announcements online! To the opinion of most people they’d better keep the fights private.

On the other hand a royal blogger was attacked yesterday for posting something about the designer of the coat of the Duchess of Cambridge before the Remembrance Sunday event was over. Well she had her reasons for that! Unfortunately some people bluntly attacked her by private message or otherwise for doing so, in not a nice way to put it mildly. Behaviour online hasn’t become any better since I started using the internet 20 years ago. She wrote this article about it for Royal Central.

After work I might check for genealogical news for my website and the Nobiliana forum. But during the week I don’t always have time for it. When I have enough of the royals and have finished dinner, I usually prefer to sit on the sofa, turn the television on and read a good book. Although I prefer thrillers or historical novels, I once in a while love to read a good book about … yes, you guess right: ROYALS. I am currently busy in a very interesting, but also rather thick one. And if I think I really need to do something about my blog, I might sit on the sofa in front of the television with my laptop writing an article. Tonight I did try to rewatch the film “Grace of Monaco” on TV, but it was better on a big cinema screen. 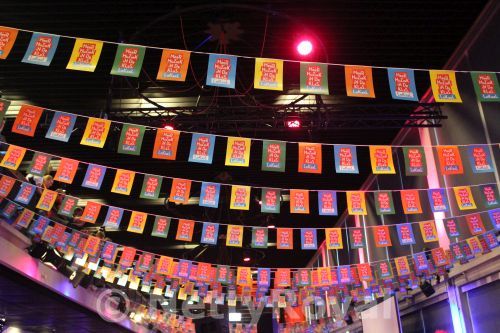 It doesn’t happen often, but today I am lucky. Queen Máxima of the Netherlands is in town in the afternoon. For years the Government Information Service took care of the media accreditation, but nowadays it is done by the organitors of the royal visits themselves. If I would earn lots of money and the internet in the train would be really good, I could travel to royal events more often and work on the train. But unfortunately that’s not the case and it doesn’t happen too often the royals come to the north of the country. Most royal visits seem to be concentrated around the biggest cities Amsterdam, Rotterdam, The Hague and Utrecht.

Therefore at 2pm I stopped working behind my computer and headed – through some rain – to the cultural center De Oosterpoort, about 15 minutes by bike from my house. As usual the media has to be present in time – read about one hour before the arrival of the Queen. As a journalist the opportunity to take pictures can be small, so no real luck today for me. Just a few atmospheric images and a few of Máxima when leaving in the dark – so more or less worthless as I am not a good photographer at all in the dark. Máximas visit had something to do with children and music and such events are always worthwhile.

A nice surprise when I got home: Firefox Quantum (or 57) has been released. But will it work better than the older version that hasn’t been my favourite recently? I wrote a small article about Máximas visit for my boss, so all I have to do is tomorrow, is to attach some photos. Nothing of interest on TV tonight, apart from the documentary about 40 years The Prince’s Trust on Dutch TV. Well I’ve seen it already

Checking for the news in the morning as usual and if I have some time left, I write a necessary article. But the Wednesday morning partly is my two-hour sports moment of the week. I go folk dancing and as long as I can combine that with my work, I am happy with it. Dancing is relaxing, the music usually wonderful and it is good to do some exercise. I am certain many royals agree. It sometimes happens I come in a bit too late as I had to finish some work before leaving, and in case of an important royal event I might have to miss my class completely. In the building is an apple of orange, as the building we’re dancing in houses a Youth Circus that won one a few years ago and King Willem-Alexander even visited. The apple however has slowly moved from a somewhat prominent place to a corner behind the bar, just visible.

The Belgians “celebrated” the King’s Feast today. Some have compared it with the Dutch King’s Day, but that doesn’t really make sense. Neither the King’s Feast, nor the national day on 21 July can really conquer with King’s Day to my opinion. The funny thing is that the King’s Feast is there to celebrate the King, but neither King Philippe, nor his wife Queen Mathilde was there. The reason: a King can’t celebrate himself.

Worked in the afternoon and made a very interesting discovery, but can’t say what it is. Finally in the evening I had some time to go through some genealogical news. Not much of interest happened lately I think.

Just a normal working day. Nothing of importance happened. More than two months after the hurricanes Irma and Maria hit the Caribbean islands, several royals have decided to go and see the damage themselves. At the end of the month King Willem-Alexander and Queen Máxima of the Netherlands will visit the Dutch islands Saint Eustatius and the island that was hit worst by Irma, Saint Martin. Willem-Alexander was already there days afterwards, but now they come together to see what has happened in the meantime. They will also celebrate Saba Day on the island of Saba. Tomorrow the Prince of Wales will travel to Antigua and Barbuda, The British Virgin Islands and Dominica for a three-day visit. Also here the devastation after the hurricanes is the main reason. I think it is good the royals go and visit the parts of their countries overseas on these kind of occasions.

The week has almost come to an end and today I really did nothing but writing some articles. The start was exciting, but since not much has happened. Great Britain is ‘preparing’ for the 70th wedding anniversary of Queen Elizabeth II and Prince Philip, the Duke of Edinburgh. Quite amazing to think they got married on 20 November 1947 and are still alive. There are not many couples who can say the same. No public celebration this time, but I noticed the BBC shows a documentary on Monday evening. It might be worth watching.

Nothing planned for this weekend apart from some website and blog updating again and genealogy, as usual.

Getting rid of a part of my collection (1)