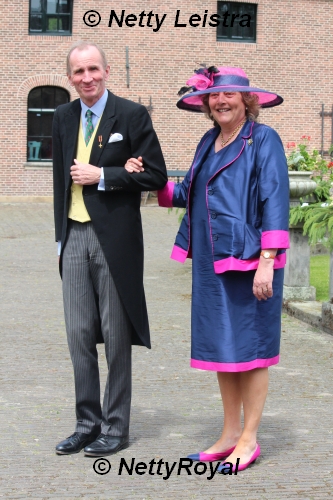 Johann-Friedrich Fürst zu Castell-Rüdenhausen died at the Jagdschloss Friedrichsberg in Abtswind, Germany in the afternoon of Thursday 30 October 2014, aged 66. The hunting lodge of the family was the place where the Fürst spent his last weeks. He had been suffering of cancer for a long time.

The Fürst was transported from Friedrichsberg to the castle of the family in Rüdenhausen on Friday 31 October at 3.30pm. He will be taken from there to the evangelical parish church St. Peter and Paul in Rüdenhausen on 7 November at 7pm. The funeral service will take place at the same church on Saturday 8 November at noon. He will afterwards be buried in the princely vault.

The photo was taken by me on 7 June 2014 at the wedding of his nephew Count Roderik zu Castell-Rüdenhausen.

4 thoughts on “Death of the Fürst zu Castell-Rüdenhausen”