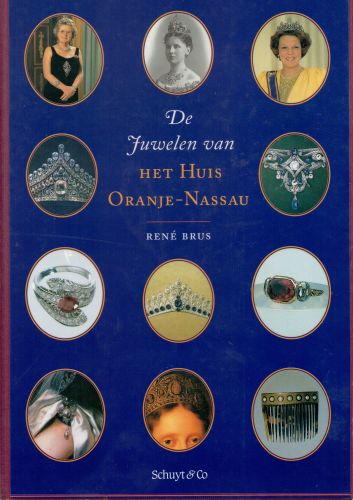 There is one royal book in Dutch that I know many people would love to have, including me. It finally occured to me recently that I could try to borrow it via the public library. Not that my own library had it, but a handful of public libraries in the Netherlands turned out to have a copy. So I requested at my library to order it elsewhere. It did cost me 4 Euro, but it was worth it I think to have it sent all the way from Amsterdam to Groningen. At the time it was published I unfortunately was a poor student who couldn’t afford herself a book like this. And of course when you have your library copy for a few weeks only, you finally find a real copy for sale online!

The book I am talking about is the only book that has ever appeared about the Dutch royal jewelry I think. Although I can’t find proof anywhere anymore, I remember the author wrote a similar book in the late 1970s. But like the one that appeared in 1996, it almost seems to be impossible to get a copy anymore, not even via second-hand bookshops. It is “De juwelen van het Huis Oranje-Nassau” by René Brus, published by Schuyt & Co.

I remember that when I discovered the royalty magazine Vorsten many years ago in the 1980s, René Brus already wrote articles for it once in a while. Even not being interested that much in fashion or jewelry at the time, I always thought them to be rather interesting. The book turns out to indeed present an amazing amount of information about the jewelry of the Dutch royal family, from diamonds, pearls, jewelry, rings, crowns, regalia, state portraits and gifts to the theft of the jewels of the Princess of Orange, Anna Pavlovna – the wife of the later King Willem II – and a fire earlier in which she lost most of her jewels. There is also a rather good index on persons, a list of sources and even a genealogy.

I would have loved an index on jewelry itself. And furthermore what I really regret is that there are rather chapters than smaller topics in which specific jewelry are highlighted, so you have to search a bit for the right information. What I also missed were more colour photos of recent generations of royals wearing jewelry. Of course in 1996 Queen Máxima hadn’t appeared yet, but there are also very few photos of Queen Beatrix and her sisters Princess Irene, Princess Margriet and maybe even Princess Christina.

Looking at the amount of interest there is for royal jewelry online nowadays, I hope one day there will be a new book about the jewelry of the Dutch royal house. Either this book could be updated, or another book be written. We have several great experts at the moment like Els Smit, Martijn Akkerman and Erik Schoonhoven who could do a great job. In the past 20 years since the 1996 book appeared there have been so many sightings of old, but also new, jewelry that one can certainly find many illustrations. And if I remember well also some new information about jewels has turned up. 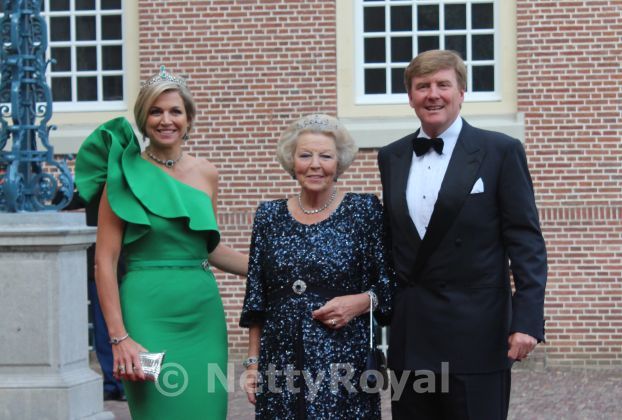