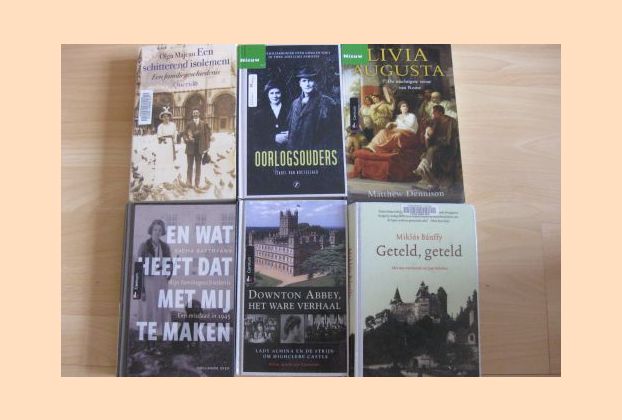 When I recently checked the database of my public library for a certain book, I ended up with a search for “adel” (noble). Of course I discovered a real treasure of books about noble subjects and started ordering. Somehow they all managed to reach the library at the same time and now I have the almost impossible duty to read them all as soon as possible. There are simply too many books about royals and nobles that sound promising.

I recently bought and read the book “Cécile en Elsa. Strijdbare freules. Een biografie” (Cécile and Elsa. Struggling Ladies. A Biography) by Elisabeth Leijnse, published in 2015. It tells the fascinating story of the life of the two noble sisters De Jong van Beek en Donk, based on letters and diaries. A most intriguing book that, as far as I know is only available in Dutch. A completely new book is “De Moeder van Ramses. Leven als een losbandige Tsarendochter” (The Mother of Ramses. Life as a profligate Daughter of a Tsar) by Sylvester Hoogmoed. Ramses Shaffy was a famous Dutch singer, his mother however a mysterious Polish-Russian countess called Alexandra Thérèse Wysocka. She actually has pretended that she was Grand Duchess Olga Nikolaievna of Russia, daughter of the last Tsar. It sounds most fascinating and I want to know more. But it has to wait as I first need to finish the pile of books from the library.

I’ve started in “Geteld, Geteld” by the noble Hungarian writer Miklós Bánffy (1873-1950). Once a diplomat and foreign minister he wrote a trilogy about the nobility in Transylvania. His trilogy, “A Transylvanian Tale”, also called “The Writing on the Wall” has more than 1600 pages and was published between 1934 and 1940. I found the first of the three books, and am not sure if I can find the other two also here, but who knows.

I was excited to find the book “En Wat heeft dat met mij te maken. Een misdaad in maart 1945. De geschiedenis van mijn familie” by Sacha Batthyany, from a princely/countal family, originally from Hungary. The book tells the story of Countess Margit Thyssen-Batthyany, who was a Nazi-supporter. After a party at her castle in Rechnitz, Austria, just a few weeks before the end of World War II, 180 Jews who were awaiting deportation were killed by the guests who had just left her party. What happened exactly is still the question. I read about the book in 2016 online, when a few articles about it were published in German newspapers. The book was originally published in German as “Und was hat das mit mir zu tun?”. The book has been published in several languages over the past year. The English title is “A Crime in the Family”, in case you are interested.

My library also turned out to have the Dutch translation of the book by the Countes of Carnarvon, “Lady Almina and the Real Downton Abbey: The Lost Legacy of Highclere Castle”. I must admit I never got to see the whole series, as I hate long series and can’t find the concentration to keep on watching for months and months. But it sound interesting anyway and of course the real life of nobles always makes a good read.

Another book translated from English I found is “Livia Augusta. De machtigste vrouw van Rome” (Empress of Rome: The Life of Livia) by Matthew Dennison. Not sure if it is my cup of tea, as it is a bit remote royal history, but I’ll give it a try. The main character is Livia Drusilla II, who was the wife of the Roman Emperor Augustus, and mother of Emperor Tiberius.

My eyes also fell on “Een schitterend isolement. Een familiegeschiedenis” (A Splendid Isolation. A family history) from Olga Majeau, which has also been published in Germany the cover says. The writer tells the history of her grandmother’s family. Her grandmother Elfi was the daughter of the Hungarian Baron Árpád Eperjesy. Another family story also, and again Hungarian.

Finally I picked “Oorlogsouders” (War Parents) from Isabel van Boetzelaer, telling the story of the parents of the writer: Willem Baron van Boetzelaer and Ingrid Baronesse von der Recke. He was a Dutch nobleman who served in the Waffen-SS in World War II, she came from a German (Prussian) noble family that had been against Hitler and at the end of the war lost the family property. Likely the book hasn’t been translated (yet).

I really can’t wait reading them all, but I guess I need more time than the few weeks that I actually have until I officially have to return them to the library. Luckily they recently have stopped asking for penalties when you return them too late, so in this case I might be a bit too late … 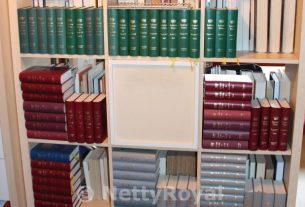 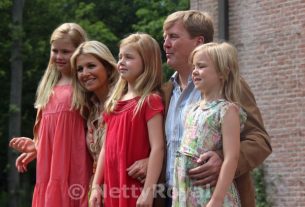 4 thoughts on “Books – A Visit to the Library”