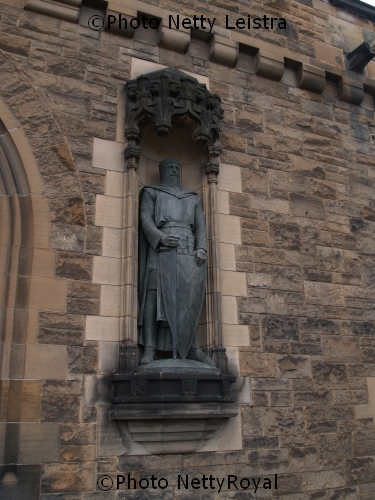 Scotland and London in July 2006 was probably the first vacation I took my digital camera with me, and looking at the rather low amount pictures it is clear that I at the time wasn’t exactly sure how many of them would fit on one memory card. I remember it wasn’t the best day of my holiday. I started the two weeks in Edinburgh with rather cold and wet weather, about 18C, and ended up in London with too much sun and about 38C (which was the warmest day of the century or so).

Edinburgh Castle, standing on a great rock at the heart of the city, dominates the capital of Scotland. For years it has been one of the top tourist attractions in Scotland and it is managed by Historic Scotland. On the cloudy day I was there, the views from the top of the rock weren’t that good, but good enough to have a look at Edinburgh from above. The rock has probably been a fortification since at least the Iron Age. The first time there was a reference to the castle was in 1093, when the death of King Malcolm III was documented. Here in 1140 the first recorded meeting of the Scottish Parliament took place. The stronghold served as royal palace from the reign of King David I in the 12th century until 1633. The last siege took place in 1689 when the garrison of the castle were the last defenders of King James VII (III), but it also played an important role in the Wars of Scottish Independence in 1297-1328 and 1332-1357, and the Jacobite Rising of 1745. And it is among others the place of birth of the only child of Mary Queen of Scots in 1566, the son who later became King of a united Scotland and England as James VI/I. In the 17th century and later the castle was mainly used as military barracks. The castle started opening its doors to visitors in the 1830s.

Of course it is lovely to walk around. The castle houses the Crown Jewels of Scotland, the Stone of Destiny, the gun Mons Meg and the National War Museum of Scotland. Beautiful to see are also the Great Hall, the Royal Palace, St. Margaret’s Chapel. The High Street, or Royal Mile, connects the castle with the Palace of Holyrood House, the official residence of the British Queen in Scotland. 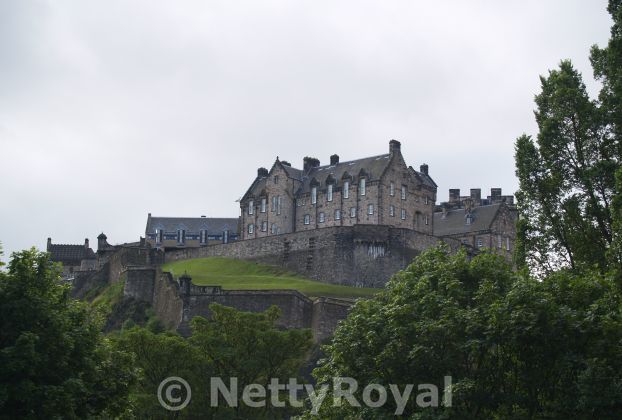 The Grave of Anna of Saxony can finally be found

A Visit to Hannover