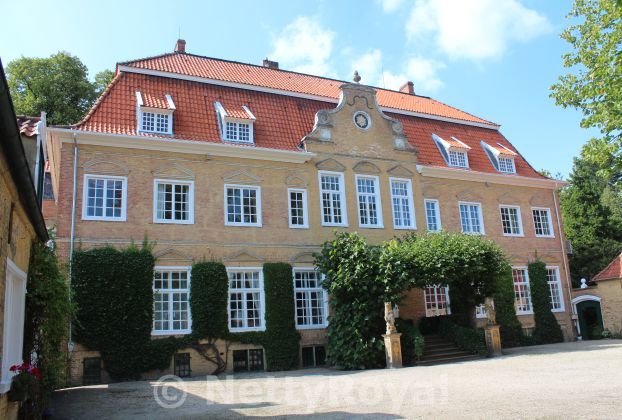 Not far from the Evenburg Castle in Leer-Loga you can find the Philippsburg Castle, the last grander building from before 1744, the year that East Frisia lost its independency.

The castle was built in 1730 in Dutch style as residence of Freiherr Philipp von Wedel, wo named the building after himself. He also had a, likely baroque, garden constructed. Nowadays it is mainly a park, the Julianenpark, that is public and in the possession of the town of Leer. The part close to the castle is only open once every second year, during the Märchennacht (fairy tale night).

The Philippsburg itself is situated very close to a big road, so when you walk past you can see it easily from the pavement. When my mother and I were there, the gates were open. My mother thought it was rather a big house and she didn’t think at all it looked like a castle. On both sides of the stairs are lions of stone and the entrance shows family arms. The building has two side wings. Originally also the main building was a one-storey building. Botho Count von Wedel (1862-1943) however had the castle extended with another floor in the early 20th century.

The building is nowadays the property of the Counts von der Schulenburg. So it is not a castle you would especially travel for to Leer. But if you want to visit the Evenburg, you could easily give it a try. It is probably just a few hundreds of metres away. 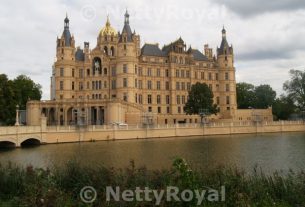 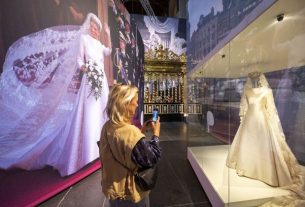 The wedding dress of Queen Máxima 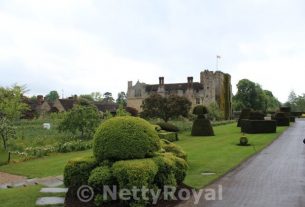