If you ever visit Hannover you shouldn’t miss the Herrenhäuser Gärten, especially not in the Spring and Summer. The place where Prince Ernst August von Hannover Jr and Ekaterina Malysheva today will hold a reception after their wedding in the Marktkirche in Hannover is a beautiful place. I have no idea where in the gardens exactly they will have their reception, but there are several buildings that are suitable for the occasion, although of course with good weather the gardens itself are a very nice place to be too.

The gardens exist of the Grosser Garten (Great Garden), the Berggarten (Mountain Garden) and the Georgengarten and Welfengarten. The last one is rather a landscape park and connects the city centre and the Herrenhäuser Palace – which is quite a walk, taking the tram is easier. The Berggarten is a beautiful place, but not likely to be used for the reception either. It among others is the place where you can find the Welfenmausoleum.

The baroque Grosser Garten in Herrenhausen was created by Electress Sophie of Hannover (1630-1714). In 1666 Duke Johann Friedrich commissioned a pleasure garden, which was used for pleasure and growing fruit. It was Sophie who between 1680 and 1714 had master gardener Martin Charbonnier create a baroque garden with rare plants, statues and waters. This was the place for court festivities. Here Sophie and her husband Elector Ernst August, who reigned between 1679 and 1698, received their guests including nobles, royals, musicians like Georg Friedrich Händel. There was music, dance, theatre. And still yearly lots of theatre performances, concerts, festivals and other activities are being organised in the garden all year round. An attraction is the old grotto. The artist Niki de Saint Phalle created her very last work of art here – a place of mystery and magic.

The summer residence of the Royal House of Hannover was unfortunately destroyed in World War II. On 18 January 2013 the rebuilt palace on the original site after original plans was finally reopened. The building has a neoclassical façade. Inside it is a modern congress centre and meeting place for business, culture and scholars. It has an impressive underground auditorium, a ballroom on the first floor. You will only be allowed to enter when taking place in any of these events. This is probably the place where the reception of Ernst August and Ekaterina is being held. Furthermore there are side wings, which are connected by an underground corridor. You will find information about the history of Hannover and its Royal Family here. When I visited in August 2014 there was an exhibition on the occasion of the 300-year anniverary of the start of the rule of the Kings of Hannover in Great Britain. 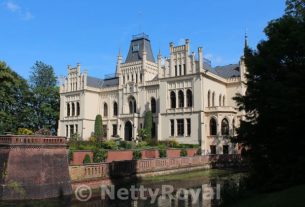 The Neo-Gothic Evenburg Castle in Leer 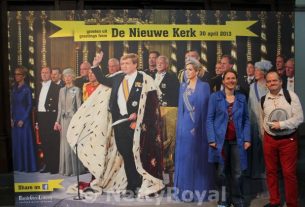 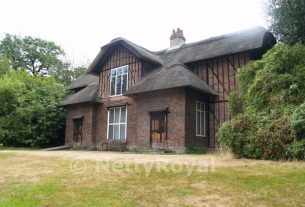 1 thought on “The Herrenhäuser Gärten in Hannover”