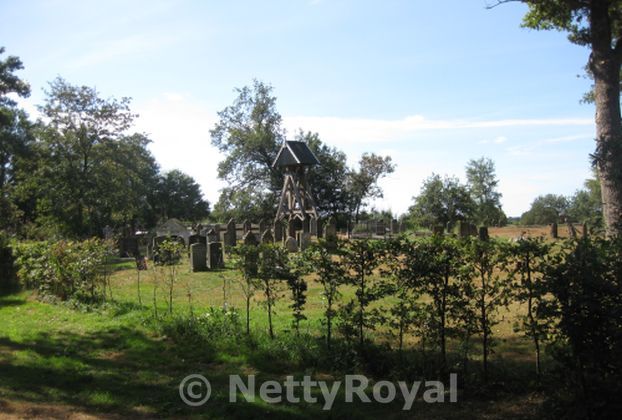 When you ever visit Oranjewoud near Heerenveen, The Netherlands, take your time. Follow all the direction shields to what you can see and discover all small roads and paths by bike or walking, or eventually partly by car if your less mobile. There is a lot to discover. Even when many estates have gone, there are lovely houses, gardens and some estates to have a good look at. Or you can have lunch or dinner at the Hotel Tjaarda. When driving back to the railway station we passed what is shown on the sign as “Klokkenstoel” (a kind of belfry). I looked at it and immediately saw a name that looked terribly familiar. Luckily we had time and my father stopped the car.

What had struck me were the words “Van Limburg Stirum”, a family that had lived at the estate Oranjestein for some time and is a rather well-known countal family. They clearly have a family vault here, dominating this tiny cemetery with belfry on top of it. On the other end of the cemetery is another big stone with family arms on it only. Now I am researching it turns out that is the entrance of the family vault of the family De Blocq van Scheltinga.

Hans Willem de Blocq van Scheltinga in 1850 bought 24 graves at the old cemetery that had been here for many centuries and had a family vault built. Some old sarcophagus had to be removed to make that possible. In this vault also mortal remains from a family vault from 1829 in the woods of Pauwenburg were reburied. Pauwenburg was a small estate that was demolished only in 1975. 14 people found their last resting place in the vault, but there is place for some more. In 1916 the Van Limburg Stirum family vault was built on request of Charles Count van Limburg Stirum, who in 1901 had married Maria de Blocq van Scheltinga, who had inherited the Oranjewoud estate. They both were buried in the vault, respectively in 1931 and 1942. Both vaults were renovated between 2003 and 2006.

Situated next to the De Blocq van Scheltinga vault one family member – connecting both this family and the Van Limburg Stirum family – has her own seperate grave: Cecilia Johanna de Blocq van Scheltinga-Gravin van Limburg Stirum (13 October 1902-23 December 1953). On the right a photo of the grave of Jurrit de Vries and his daughter, who both died in 1931. I had just started reading the book from 2007 “In Dienst van de Landheren van Oranjewoud” (In the service of the Landlords of Oranjewoud) by Drs. Rita Mulder-Radetzky and Barteld de Vries. Jurrit de Vries is mentioned in there, because he was for many years the chauffeur at the Oranjestein estate. After his death his son Lolke de Vries took over the job. Mulder-Radetzky and De Vries have written several more books about Oranjewoud and his estates.

This cemetery by the way is situated in Brongerga (in the Frisian language Brongergea), a tiny part of Oranjewoud, that has his own name on the sign, but isn’t even a village, rather a hamlet. For more information (in Dutch) about Brongergea, the cemetery and some of the estates and big farms in the area, see here. 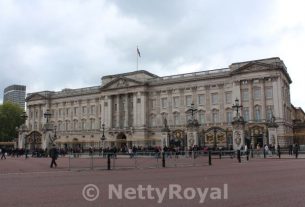 Memories of Queen Wilhelmina in London 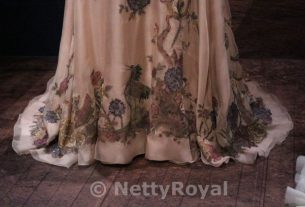 Haute Bordure at the Fries Museum 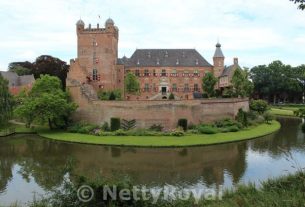 The Ancestral Castle of the Counts van den Bergh