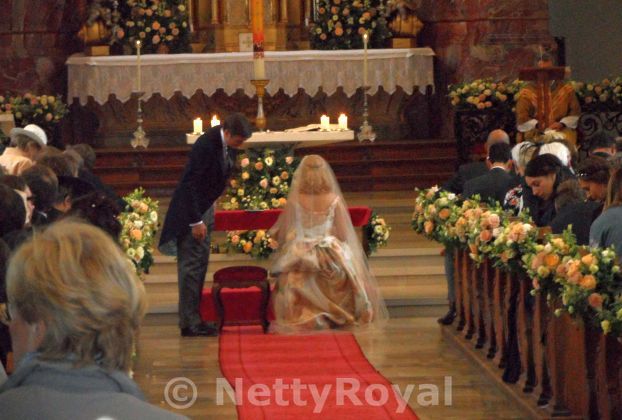 A fairytale wedding on 13 September at the St. Joseph church in Tutzing, Germany at 4.30pm. Princess Maria Theresia von Thurn und Taxis married Hugo Wilson. Party afterwards at the nearby Garatshausen Castle, owned by the Thurn und Taxis family. The “wedding of the year” was supposed to be private, but of course outside there were many onlookers and press.

The bride’s wedding dress was designed by Vivienne Westwood. Fürst Albert von Thurn und Taxis, brother of the bride, gave away his sister.

A few very nice pictures were posted in Hola online.

Pictures by Gabi, not to be posted elsewhere without permission. She unfortunately didn’t have a very good view on bride, groom and guests, but took a few nice pictures anyway. 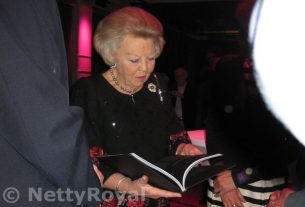