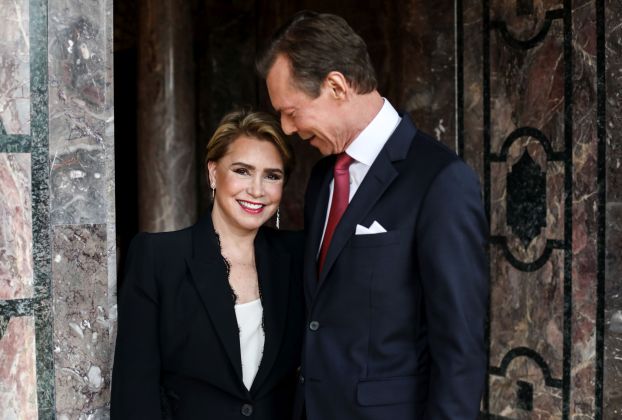 Crown Prince Alexander of Serbia is shocked and saddened by the news of a break-in at the Museum of Karadjordje in Radovanjski lug. Several valuable artifacts were stolen late last week. The museum is dedicated to the great-great-great-grandfather of the Crown Prince.

A new study by Professor Tim Thornton of the University of Huddersfield has found new evidence of the involvement of King Richard III of England in the murder of his nephews, King Edward V and his brother Richard, Duke of York (The Princes in the Tower) in 1485.

It turns out that King Philippe and Queen Mathilde of the Belgians have bought a holiday home on the French island of Ile d’Yeu in 2019. The renovation has been met with protests on the island now, because of a 40m2 annex for security services, that is bigger than what is usually permitted. The royal family received permission, and the palace denies that they have violated local building regulations.

Queen Elizabeth of Great Britain has sent a private message to the family of Captain Sir Thomas (Tom) Moore after his death aged 100. It was said that she very much enjoyed meeting him and his family at Windsor last year. Her thoughts and those of the Royal Family are with them.

The Invictus Games in Den Haag 2020, that were supposed to take place from 29 May to 5 June 2021, have once again been postponed because of Covid-19. It is hoped that they can take place in 2022. Both the Duke of Sussex, patron of the Invictus Games Foundation, and Princess Margriet of the Netherlands are saddened by the news.

Also Crown Prince Frederik of Denmark’s Royal Run 2021 has been postponed. It was to take place in May 2021, but it is hoped that it can take place on 12 September 2021.

For the first time in over 60 years the Dutch royal family is not going on skiing holidays to Lech, Austria. Dutch people are advised not to travel abroad at the moment because of Covid-19.

The Duchess of Cornwall said in a video for her Duchess of Cornwall’s Reading Room, that her father Major Bruce Shand likely has inspired her to read. She said: “He was probably the best-read man I’ve come across, anywhere. I mean, he devoured books.” He used to read to his children from an early age.

King Philippe and Queen Mathilde of the Belgians have said that they haven’t planned a skiing holiday abroad this year. They stay in Belgium, where one can go skiing in the Ardennes by the way.

The Russian imperial family is not happy about some blog reports about the engagement of Grand Duke George and Rebecca Bettarini.

Crown Princess Mary of Denmark gave an interview on the occasion of the tv-channel DR1’s yearly “Danmarks Indsamling”. Twelve of Denmarks biggests humanitarian organizations work together with DR with the theme “Help coronacrisus children”. The money raised goes to projects, that support children in the poorest countries in the world, so that they can get access to clean water, schooling and medical care.

As off today anniversaries and national days can be found in this calendar. Is there anything you’re really missing on the site, let me know. I still have some additions planned.

The baby boy of Princess Eugenie of York and Jack Brooksbank was born today at 8.55am at the Portland Hospital in London. Mother and son are doing fine. Eugenie posted a picture of the hands of herself, Jack and the baby on Instagram.

The Spanish royal court announced that the Princess of Asturias will complete her baccalaureate at the British boarding school UWC Atlantic College in Wales. After the Summer Leonor will attend the school for the two remaining years. She has anonymously completed the selection process. The costs of the studies will be covered by her parents King Felipe VI and Queen Letizia.

King Carl XVI Gustaf and Queen Silvia of Sweden, Crown Princess Victoria and Prince Daniel and their children Princess Estelle and Prince Oscar were photographed during the cross-country skiing in the park of Drottningham Palace. They kept distance. The photos were taken a few days earlier.

Princess Eugenie of York and her newborn son have left hospital.

King Harald V of Norway’s sick leave has been extended until 14 March.

Beatrice Borromeo Casiraghi is the new ambassador of Dior.

The Count of Paris is suing the Saint-Louis Foundation, that manages the former estate of his family. He requests one million euros in damages and the return of five properties, including the palace and the royal chapel of Dreux. Last year the foundation asked him to move out of his home at the royal domain of Dreux, where he had lived rent-free since 2011, or start paying rent. Prince Jean and his family therefore moved out of their house in September 2020.

The Duke and Duchess of Sussex have announced that they are expecting their second child. The baby tummy is already well visible. In July 2020 the Duchess suffered a miscarriage.

New pictures were released upon the 40th wedding anniversary of Grand Duke Henri and Grand Duchess Maria Teresa of Luxembourg. The couple has given interviews to the French magazines Paris Match and Point de Vue, and the Luxembourg magazine Télécran.

Just over 20 years after King Willem-Alexander of the Netherlands proposed to his wife Queen Máxima they posed again on the ice of the tiny lake where they got engaged.

Queen Silvia of Sweden has fractured her right wrist in a fall at Drottningholm Palace early this morning. She has been treated at Danderyd Hospital and then returned home. She is doing well under the circumstances.

The Albanian magazine “Revista Who” has published an interesting interview with Crown Princess Elia of the Albanians about motherhood.

On Shrove Tuesday the British royal chefs have shared a pancake recipe with an extra special twist.

The Duke of Edinburgh has been admitted to the King Edward VII Hospital in London on Tuesday evening. He was admitted “as a precautionary measure” on his doctor’s advice after feeling unwell for a few days. The illness is not corona-related. He is said to be in good spirits.

The Danish crown princely family enjoyed the snow in Denmark. The children were playing ice hockey.

As each year the Belgian royals remembered their deceased family members at the royal crypt in Laken. For the first time also Princess Delphine and her husband James O’Hare were present. King Philippe and Queen Mathilde, King Albert and Queen Paola, as well as Princess Astrid and her daughter (presumably Laetitia Maria) all arrived seperately though and there was no mass.

During a video call with young people suffering of dyslexia, Crown Prince Haakon of Norway has admitted he himself has a mild form. He is a slow reader and regularly writes words the wrong way. He said that also his grandfather King Olav V was dyslexic, which runs in the family.

Several royals received their first or second Covid-19 vaccine in the past week: the Prince of Wales and the Duchess of Cornwall, Ex-King Constantine II of Greece, as well as Crown Prince Alexander and Crown Princess Katherine of Serbia.

A regional court in Berlin, Germany, has ruled in favour of Prince Georg Friedrich of Prussia in a dispute with the historian Winfried Süss. The Prince has been involved in a legal battle with the states of Berlin and Brandenburg for compensation for treasures taken from the family after World War II already for seven years. The role of the family in the rise of power of the Nazi party and its relationship with Adolf Hitler is a central part of the claims. The family has commissioned two reports and these have concluded that the family didn’t provide significant assistance to the Nazi regime. Prince Georg Friedrich has taken legal action against several historians and journalists.

Buckingham Palace has announced that the Duke and Duchess of Sussex have decided not to return as working members of the British royal family. Their honorary military appointments and royal patronages will be returned to the Queen and redistributed.

Princess Eugenie of York and Jack Brooksbank have named their son August Philip Hawke. Eugenie said on Instagram: “He is named after his great-grandfather and both of his great x5 grandfathers.”

Princess Madeleine of Sweden congratulated her eldest daughter Princess Leonore with her 7th birthday via Facebook.

In a reaction to new media reports and political concerns about the situation of Sheikha Latifa bint Mohammed Al Maktoum of Dubai all over the world, her family stated: “In response to media reports regarding Sheikha Latifa, we want to thank those who have expressed concern for her wellbeing, despite the coverage which certainly is not reflective of the actual position.” They say she is “being cared for at home”. Last week a letter by Latifa was released in which she urged the UK police to re-investigate the kidnapping of her older sister Sheikha Shamsa in 2000 in Cambridge. Last week BBC Panorama broadcasted secretly recorded videos in which Latifa says that is being held hostage by her father. The United Nations has requested the United Arab Emirates to proof that Latifa is still alive.

A 65-year-old cleaner has been arrested for stealing gems worth £1 million from the home of Princess Firyal of Jordan in Belgravia, London, UK. The woman is said to have stolen diamond rings, bracelets, watches and earrings. A 37-year-old relative of the woman is said to have sold the items through an auction house. The police was alerted on 26 November 2020 by a dealer when he tried to sell a very rare ring.

Several pictures were released upon the 9th birthday of Princess Estelle of Sweden.

King Felipe VI of Spain remembered the failed military coup in Spain on 23 February 1981. In absence of his father, who played a big role on that day, he delivered a speech at the Spanish Congress. He paid tribute to the “resolve and authority” of his father during that night. He said his father’s actions were “decisive for the defense and triumph of democracy”.

Prince Carl Philip of Sweden and his companion Oscar Kylberg have presented their first eyewear collection, in cooperation with the Swedish optician “Synsam”.

Tessy Antony-de Nassau announced on Instagram that she is expecting her first child with her fiancé Frank Floessel. She already has two sons with her former husband Prince Louis of Luxembourg.

The lawyer of King Juan Carlos of Spain has confirmed that the King made a second payment to the Spanish tax authorities. The attempt to regularize his tax obligations was € 4.395.901,96. In December 2020 he already paid € 678,393.

The Duke of Sussex has appeared in the TV-Program “The Late Late Show with James Corden”. The moderator and friend of the Prince showed him around in Los Angeles in an open top buss. The program can be watched here.

Crown Prince Tupouto’a ‘Ulukalala and Crown Princess Sinaitakala of Tonga have become the parents of a fourth child and third daughter. Princess Salote Mafile’o Pilolevu was born on 25 February at 5.41pm at the Calvary Hospital in Canberra, Australia.

Readers of the Swedish QX magazine have chosen Crown Princess Victoria of Sweden as one of the winners at the yearly “Gay Gala”. She became the Hetero Person of the Year. One of the reasons was her speech at the inauguration of Stockholm Pride in 2020. In a letter of thanks Victoria among others wrote: “I was really proud and happy for the fine award from QX’s readers. It means a lot to me. Thanks!” 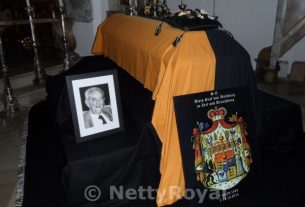 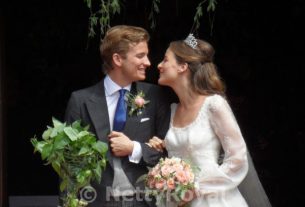 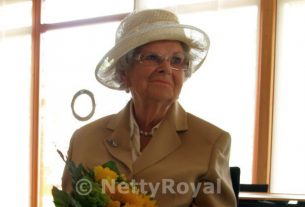