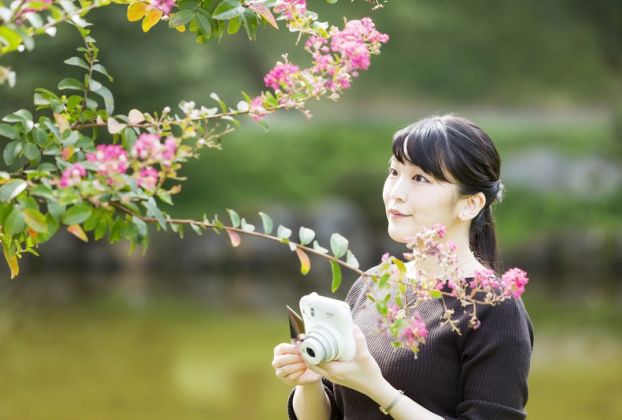 Belgium has gained two new princesses and a new prince. The Court of Appeal in Brussels, Belgium, has ruled that King Albert II of Belgium is the biological father of Delphine Boël, and that she has the same rights and titles as her father’s children by his marriage to Queen Paola. Delphine now can hold the surname of her father, Saxe-Cobourg, and is Her Royal Highness, Princess of Belgium. Her two children Joséphine and Oscar keep their father’s surname O’Hare, but also they will be Her/His Royal Highness, and Prince(ss) of Belgium. King Albert has to pay for the legal fees.

Flora Ogilvy, granddaughter of the British Princess Alexandra, has married Timothy Vesterberg from Sweden privately on 26 September at Chapel Royal, St James’s Palace, in London. They announced it on Instagram.

There will be no large scale events held at Buckingham Palace or Windsor Castle for the rest of this year, the palace has announced. This includes investitures.

As King Harald V of Norway is still on sick leave, his son Crown Prince Haakon for the first time opened the Norwegian Parliament, seated on his father’s throne. He was accompanied by his mother Queen Sonja. He also delivered his first speech in parliament, and said among others: “In the period we are now entering, the government’s goal is for us to take back everyday life. (…) The government hopes that a corona vaccine can be in place by the turn of the year and that we can once again live life as we wish.” Due to Covid-19 only 200 people were able to attend.

Alexander von Preussen has married the Hon. Antalya Nall-Cain, daughter of the 3rd Baron Brocket, at St John’s Church, Lemsford, Hertfordshire, Great Britain, on 27 September 2020. A small reception was held at Brocket Hall. The groom is a member of the Prussian imperial family.

The Yang di-Pertuan Agong (King) Al-Sultan Abdullah Ri’ayatuddin Al-Mustafa Billah Shah of Malaysia has left the Royal Ward, National Heart Institute in Kuala Lumpur, where he underwent treatment for food poisoning and a sports injury for twelve days. The King was accompanied by Queen Tunku Azizah Aminah Maimunah as they left for Istana Negara at 12.40pm.

The sick leave of King Harald V of Norway has been extended.

Queen Elizabeth II of Great Britain has returned at Windsor Castle after her stay at Balmoral Castle in Scotland and at Sandringham. Her husband Prince Philip, The Duke of Edinburgh still is at Sandringham.

Hereditary Grand Duke Guillaume and Hereditary Grand Duchess Stéphanie of Luxembourg, in the presence of their baby son Prince Charles, baptised a rose in honour of Charles at the rosary of Munsbach Castle, Luxembourg. It is a grand-ducal tradition, that started in 1891.

A new painting of Sarah Forbes Bonetta, the daughter of an African ruler who became Queen Victoria of Great Britain’s goddaughter, has been unveiled at Osborne House, Isle of Wight. English Heritage has announced that it will also be commissioning portraits of other historical black figures associated with the charity’s sites and whose stories have been previously overlooked. The painting of Bonetta was painted by artist Hannah Uzor and will be on display at Osborne throughout October – Black History Month. Spring 2021 the portrait will return on display as part of English Heritage’s wider series of portraits across several sites.

King Norodom Sihamoni and Queen Mother Norodom Monineath Sihanouk of Cambodia left their country from Phnom Penh International Airport yesterday for a routine medical check-up in China. A spokesperson of the secretariate of the Queen Mother told the newspaper “Khmer Times”: ‘The King could stay in China for at most a month to five weeks if his health condition is normal. It is a routine six-month departure for the King, this medical checkup.” Senate president Say Chhum will be acting as Head of State.

In a special session the National Assembly of Kuwait has unanimously chosen Sheikh Mishal AlAhmad Al-Jaber Al-Sabah as the country’s new Crown Prince.

97-year-old Princess Yuriko of Japan, a great-aunt of Emperor Naruhito, has been released from hospital. She was admitted to St. Luke’s International Hospital in Tokyo on 24 September and was diagnosed with heart failure and pneumonia.

The set of ceremonies in which Crown Prince Akishino (Fumihito) of Japan is proclaimed as the heir to the throne is set to take place on 8 November 2020 the Japanese government has decided. Due to the coronavirus the ceremonies will be reduced. They were initially scheduled for 19 April, but were postponed because of Covid-19. Around 50 guests will be able to take part, but there will not be a state banquet.

King Harald V of Norway was again admitted to Oslo University Hospital, Rikshospitalet on Thursday. Today he underwent a successful surgery to replace a heart valve that was placed in 2005, when he underwent open heart valve surgery. The procedure was carried out under local anaesthesia via the groin.

Princess Elisabeth of Belgium, The Duchess of Brabant, took part in the parade on the occasion of the opening of the academic year 2020-2021 of the Royal Military Academy of Belgium.

In the Zoute Sale of auction house Bonhams in Knokke-Heist two former royal cars were sold. A 1955 Aston Martin DB2/4 ordered new by King Baudouin of the Belgians was sold for € 264,500. Also on sale was a 1959 BMW 507 Series II Roadster, whose first owner was the later King Constantine II of Greece. The car was sold for € 2,070,000.

National day was celebrated in Spain. The activities were scaled down due to Covid-19. There was only a much smaller military parade on a square next to the Royal Palace in Madrid.

King Harald V of Norway has left hospital after his heart surgery. His doctor Bjørn Bendz let know: “The king is in good form and will travel home from Rikshospitalet today.”

The Supreme Court of Cassation in Bulgaria has rejected the claim of the state of Bulgaria and awarded the ownership to the Tsarska Bistritsa Palace to former King Simeon of Bulgaria and his sister Princess Maria-Louise. The court decision is final. The palace was built by King Ferdinand in the ski resort of Borovets. Thus far the state had been successfull and won legal disputes over the properties of Sitnyakovo, Capugol and the royal park near Vrana.

A message by King Philippe of the Belgians and his official half-sister Princess Delphine: On Friday 9 October, we met each other for the first time at the Castle of Laken. It was a warm encounter. This long and rich discussion gave us the opportunity to learn to know each other. We talked about our respective lives and areas of shared interest. This bond will further develop within the family setting.

The Spanish royal family attended the Princess of Asturias Awards in Oviedo.

The 15th birthday of Prince Christian of Denmark was marked with a series of portraits.

In a short message via the royal court King Albert II of Belgium said he supports the communiqué of his son King Philippe and his daughter Princess Delphine. He says he and his wife Queen Paola are happy with the initiative of Philippe and hope for the start of better times for all of them.

After they were critizised online and by media for going on vacation to Greece on Friday, although the Dutch government has requested the Dutch to stay at home as much as possible, King Willem-Alexander and Queen Máxima of the Netherlands have returned home after only one day in Greece.

The Spanish royal family visited Somao, the winner of the Exemplary Town Prize of the Princess of Asturias Foudation.

Princess Delphine of Belgium unveiled her art work “Ageless Love” in the Belgian town of Sint-Niklaas.

King Willem-Alexander and Queen Máxima of the Netherlands in a video have apologized for their vacation in Greece. It turned out that only the youngest daughter Princess Ariane came back with them. The Princess of Orange and Princess Alexia only returned on Tuesday. The official reason was, that there weren’t enough tickets for the whole family and their security on Saturday.

The Duke and Duchess of Sussex have unveiled the new website for their nonprofit organization Archewell.

Albania has a new princess!

The Norwegian TV-channel TV2 has announced that they are working on a tv-series with Princess Märtha Louise, that will give more insight into her private life and work. Both her daughters and her partner Durek Verrett will appear in the documentary series. “Märtha” will have its premiere in 2021.

New photos were released on the occasion of the 29th birthday of Princess Mako of Japan.

Prince Haji ‘Abdul ‘Azim, younger son of the Sultan of Brunei, died after a long illness at 10.08am, aged 38. He was buried at the Royal Mausoleum.

The Duke of Sussex talked to Patrick Hutchinson about anti-racism, education and mental fitness in the magazine GQ.

King Albert II and Queen Paola of Belgium have received the king’s illegimate daughter Delphine at Belvédère Castle in Brussels. They hope for a new chapter.

Grand Duke Henri of Luxembourg held another speech about the Covid-19 pandemic.

Prince Abdul Mateen of Brunei has explained on Instagram that his brother Prince Haji Abdul Azim was. diagnosed with severe systemic vasculitis earlier this year and was also coping with bipolar disorder. He said: “Eventually, my brother succumbed to multiple organ failure caused by persistent infections due to the autoimmune disease.”

Emperor Naruhito and Empress Masako of Japan have paid their respects at the Meiji Jingu Shrine in Tokyo to mark the 100th anniversary of its foundation. The same was done by Emperor Emeritus Akihito, Empress Emerita Michiko, Crown Prince Fumihito and Crown Princess Kiko.

Historic Royal Palaces is launching an investigation into the slave trade links of the royal residences, including Kensington Palace and Hampton Court Palace. A new curator for inclusive history will be appinted to uncover ties and will be in charge of the study. The aim of the initiative is something long-term and broad.

The official range of commemorative chinaware and souvenir items to celebrate the wedding of Princess Beatrice of York and Edoardo Mapelli Mozzi is now available online and from Royal Collection Trust shops.

The trial of the Duchess of Sussex against the publishers Associated Newspapers Ltd over its publication of extracts of a letter to her father Thomas Markle has been postponed because of a confidential reason, Judge Mr Justice Warby of the London high court decided after a hearing. The trial was due to start in January 2021, but will be postponed until autumn 2021.

Walther Sommerlath, the brother of Queen Silvia of Sweden, has died on 23 October 2020 at the Karolinska University Hospital in Huddinge, aged 86, after a long illness.

Crown Prince Leka and Crown Princess Elia of the Albanians shared the first pictures of their newborn daughter Geraldine. 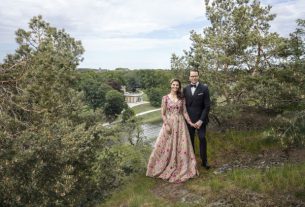 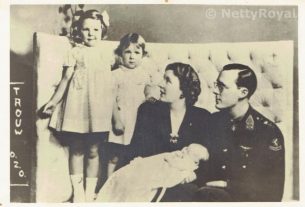