NettyRoyal
Leave a Comment on Moments with Queen Astrid 2005

The opening of the exhibition “Ogenblikken met Astrid / Astrid & nous regards croisés” at the Museum of the Dynasty in Brussels on 17 November 2005 attracted quite a lot of royals. The exhibition was organised on the occasion of the 100th birth anniversary of Queen Astrid of the Belgians née Princess of Sweden (1905-1935). Among the guests were King Albert II (Astrid’s youngest son) and Queen Paola of the Belgians, Queen Fabiola of Belgium (widow of Astrid’s eldest son King Baudouin), Grand Duke Jean of Luxembourg (widower of Astrid’s daughter Joséphine-Charlotte), Grand Duke Henri and Grand Duchess Maria Teresa of Luxembourg, King Carl XVI Gustaf and Queen Silvia of Sweden, King Harald V and Queen Sonja of Norway (his mother was a sister of Astrid), princes and princesses. 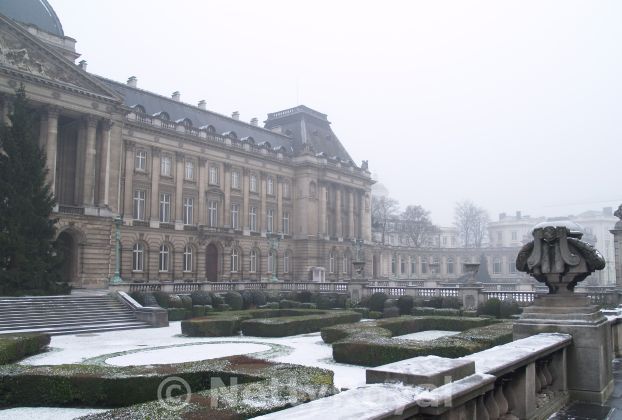 The exhibition itself could be visited for a rather short time: 18 November 2005 to 15 January 2006. Having the days between Christmas and New Year off, I decided to go to Brussels in that period. The city was cold and snowy these days … The exhibition nice and warm. Interesting to walk around through her life from childhood to her death. Shown were among others also dresses, hats, jewelry and portraits.

The Banqueting House and its gorgeous Rubens Ceilings

Noordeinde Palace – A known tiara at the Gallery Room

Borgs and City Palaces in Groningen