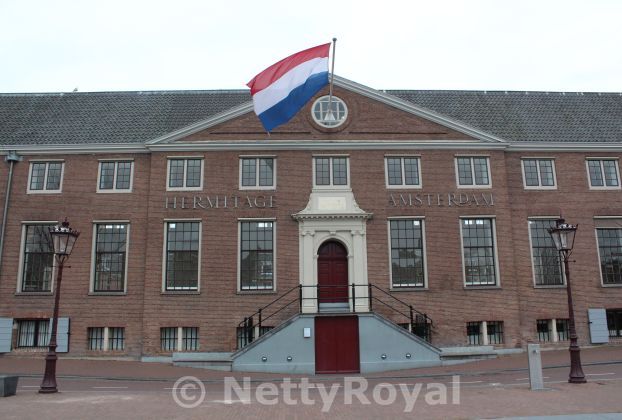 Yesterday I toured half of the Netherlands to see two royalty related exhibitions. The first was in the Hermitage in Amsterdam. On Friday 27 March 2015 Prince Nicolas Romanoff and Count Alexandre Colonna-Walewski opened the exhibition “Alexander, Napoleon & Josephine. A Story of Friendship, War & Art from the Hermitage”. Another highly interesting royalty related exhibition in this museum. Probably good I didn’t hear beforehand who was going to open, as it was during the week and I was busy anyway … and I wonder if I would ever had made it home, as there was an enormous power outage that day, that influenced the train schedule on Friday. I might just have been able to make it to Amsterdam, but I am not sure. Anyway luckily the power outage was solved completely on Saturday. As the exhibitions in the Hermitage sometimes attract lots of people who have to stay in the queue for ages, I thought I’d better go early. Turned out I was only the second person to arrive at the museum, half an hour before it opened at 10am. At least I got in before the big crowds, and had some good space to look at items. Just a pity you weren’t allow to take photos this time. I took a few at the start of the exhibition, as I didn’t think this part was a problem.

Tsar Alexander I of Russia, Emperer Napoléon I of the French and his first wife Joséphine de Beauharnais are three of the greatest names in Europe at the start of the 19th century. They are part of European history and still fascinate many people. They were friends and enemies, and their lives were powerfully interwoven. Napoléon and Alexander met in 1807 when the Treaty of Tilsit was concluded. In the years to follow they exchanged letters and gifts. Their friendship came to an end when Napoléon invaded Russia in 1812. Alexander’s forces however defeated the French. And in the end it was Alexander who entered Paris as the victor, and Napoléon was sent into exile. Alexander made friends with Napoléons then ex-wife Joséphine, which ended with her early death in 1814. It was Alexander who bought quite a few items from Joséphines personal art collection, and that is how the items ended up in the Hermitage. The exhibition shows more than 200 paintings, sculptures, personal possessions, gowns and uniforms, works of art and weapons connected to the three of them. At the start of the exhibition you can learn about the battles Napoléon was involved in at the start of the 19th century, and there are several uniforms of Alexander, and weapons of Napoléon and his stepson Eugène de Beauharnais on display, and a few huge and impressive paintings depicting some of the largest battles. Unfortunately some of the information going with it, does have a few printing mistakes (letters or numbers missing, or partly missing).

And as for the present day monarchs: King Philippe of the Belgians, Grand Duke Henri of Luxembourg, King Harald V of Norway, Queen Margrethe II of Denmark and King Carl XVI Gustaf of Sweden do descend from Joséphine and her first husband Alexandre de Beauharnais, through their son Eugène, who married Princess Augusta of Bavaria and had a daughter Joséphine, who married King Oscar I of Sweden.

I thought the exhibition to be quite interested, as usual. The Hermitage has found a nice balance between history and art, which makes the exhibitions interesting for many. The family tree almost at the end of the exhibition was pretty usable, not necessarily for me, but it was for quite a few other visitors I think. Of course there is a catalogue of the exhibition available, for € 24,95, there is a Dutch and an English version.

Throughout 2015 and 2016 there is another exhibition in the other wing of the Hermitage: “Portrait Gallery of the Golden Age” with many and often enormous group portraits from mainly the 17th century, similar to the famous “Night Watch” by Rembrandt. They are from the collection of the Amsterdam Museum and the Rijksmuseum in Amsterdam, and are rarely on public display. 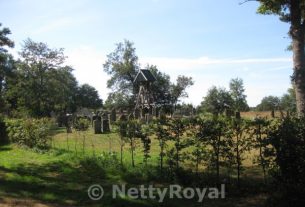 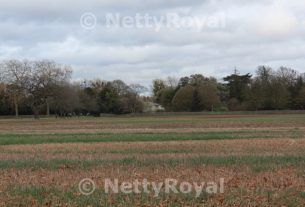 A view of Frogmore

1 thought on “Alexander, Napoléon and Joséphine in the Hermitage”