Once in a while, when I don’t forget I like to send postcards to royals who had his/her birthday, a baby, got married or lost a member of the family. But most of the time I just stick to a few Christmas cards. You don’t always get something back, but if you’re lucky you do. I have a nice collection of cards now, some just printed, others personally written, some even with nice family photos. It of course depends on which royals you send something to. For example the Dutch royals usually send a Unicef card with Christmas, while the Belgian royals often send back a nice family picture, and also the Monegasque Christmas card is normally very lovely. Members of reigning royal families are much less likely to return something in person than members of the non-reigning royal families. However I do know somebody who years ago received a handwritten letter by a Crown Prince.

Where to write to? If families have their own website, you can usually find the addresses there. Otherwise just have a look in the royal houses section on my website.

The Soestdijk Palace in the Netherlands has a very nice exhibition, starting today, 9 December 2016. The last day will be 12 March 2017. The exhibition is called “Afzender: Koninklijk Huis” (Sender: Royal House). The website says that the Dutch are champions in collecting stuff (they might be right). The Palace had a look in the world of the collector Mr Martin Coers with rare documents and now presents all kind of Dutch royal mail: invitations for weddings and funerals, Christmas greetings, thank you cards, programmes, menus and even orders of service (I must admit I have my own collection of these). I hope I will find time in the coming months to visit the exhibition, as it sounds interesting to this collector. 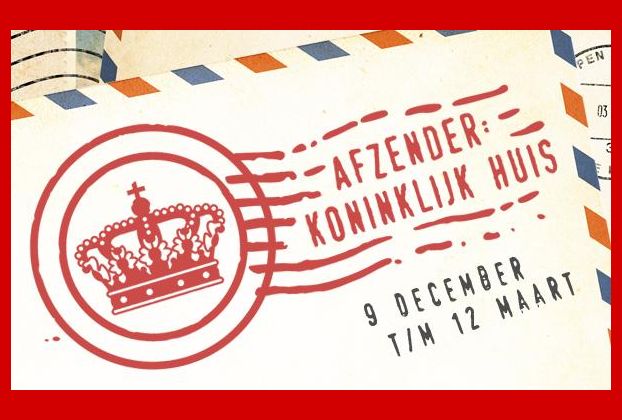 The Great Liao – A Forgotten Dynasty from Inner Mongolia