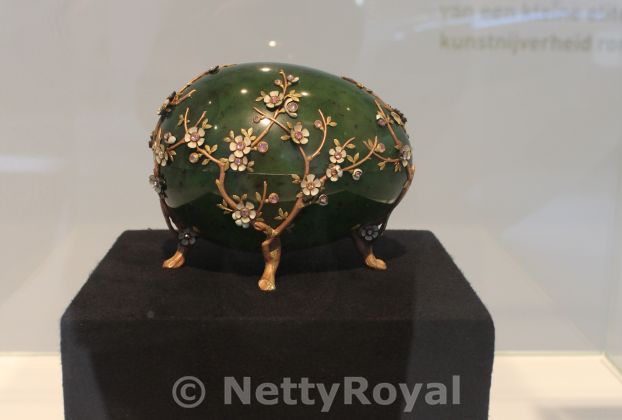 Thanks to two befriended Dutch royalty-watchers I just happened NOT to miss a great exhibition in the Drents Museum in Assen, a Dutch town less than 20 minutes by train from my hometown. Apart from an exhibition about the Russian painter Kazimir Malevich (sorry, not really of my interest) they also had a wonderful exhibition called “Kostbare eieren uit het Tsarenrijk” (Precious eggs from the Empire of the Tsars), only on show from 23 November 2014 to 1 March 2015. The collection is on loan from the Landesmuseum in Liechtenstein. The original collector was Adulf Peter Goop (1921-2011), who loved Russia. Decorated Easter eggs were symbols of faith, hope and love, and after Tsar Alexander III ordered his first egg at Fabergé in 1885, the tradition of giving your beloved ones an an egg on this most important orthodox feastday blossomed. It was the way to wish each other “Christos Woskresje”. The imperial family and nobility wanted them as extravagant and expensive as possible. They were ordered at Easter up til World War I. At the end of the 19th century the imperial family also liked it to present eggs with their initials to the people.

The exhibition starts with the biggest and probably one of the best eggs: the Apple Blossom Egg. The industrialist Alexander Kelch ordered it at Fabergé in 1901 as a present for his wife Barbara. But the exhibition shows many more Easter eggs from a variety of designers, including the Imperial Porcelain Factory. Some are small, others bigger. They are made of porcelain, gold, silver, glass or papier-mâché. And they are all richly decorated with religious motives, imperial initials, birds, flowers … and of course the most precious gemstones. Below is only a small selection of the eggs shown at this impressive exhibition. 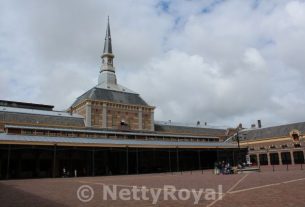 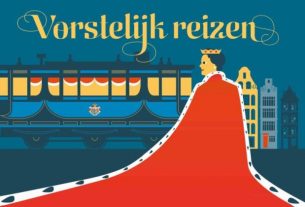 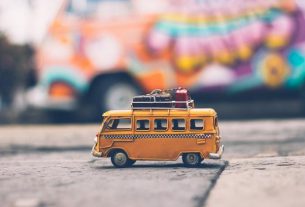