NettyRoyal
Leave a Comment on ZDF Documentaries about Letizia, Mathilde and Máxima

In the past year a German camera team has followed closely the three newest European queens: Letizia of Spain, Mathilde of the Belgians and Máxima of the Netherlands. The result were three documentaries of 43 minutes each, showing a portrait of the queens, their work and predecessors. They were created by Broadview Pictures – that has created several royal documentaries over the past years – and now being broadcasted by the German TV-channel ZDF. Experts and people who have known them speak about the three queens. Personally I do like watching them, although the information delivered by the documentary makers is their compilation, and is not without mistakes.

I am not quite sure whether these videos can be seen abroad, but as I am in the Netherlands – although only one hour from the German border – I can see them. So I hope you can too. The documentaries about Mathilde and Máxima can already be seen online.

On 31 August 2019 ZDF will broadcast a portrait about Queen Mathilde of the Belgians: Beruf: Königin! Mathilde von Belgien

On 7 September 2019 ZDF will broadcast a portrait about Queen Máxima of the Netherlands: Beruf: Königin! Máxima der Niederlande 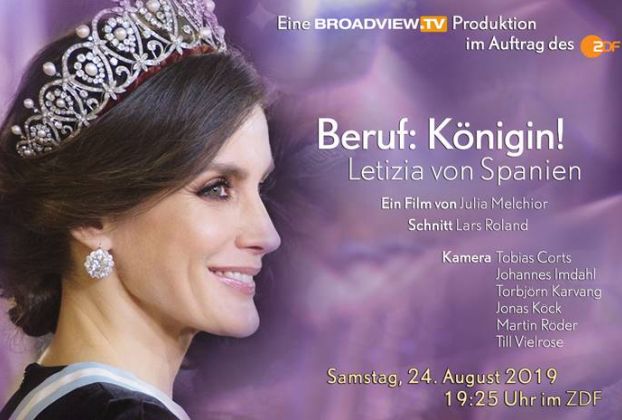