On 5 December 2017, almost 70 years after Romania became a republic, the last King of Romania, Michael (Mihai) died in Switzerland aged 96. He was the last monarch alive, who had actually been reigning his country during World War II, not counting King Simeon II of the Bulgarians, who was just a child at the time.

Romania had become a principality under the suzerainty of the Ottoman Empire, with Alexandru Ioan Cuza as prince of Moldavia and Wallachia in 1859. The two principalities were united as the Principality of Romania on 5 February 1862. Alexandru Ioan Cuza was forced to abdicate on 23 February 1866. Prince Karl von Hohenzollern-Sigmaringen, a German, was elected the new Prince of Romania on 20 April 1866, and he took the Romanian name of Carol. Romania was recognized as an independent state in 1878, and on 26 March 1881 the parliament decided the country would be a Kingdom. On 22 May 1881 Carol I was crowned as the King. He would reign until his death in 1914.

Carol I was succeeded by his nephew Prince Ferdinand von Hohenzollern-Sigmaringen, who reigned until his death in 1927. As his son Carol had renounced his succession rights in December 1925, Ferdinands five-year-old grandson Michael I (born 25 October 1921) succeeded under a regency of three members: his uncle Prince Nicholas, Patriarch Miron Cristea and the president of the Supreme Court Gheorghe Buzdugan. However Carol returned to Romania on 7 June 1930 in a coup d’état and took up the reign of Romania the next day. On 6 September 1940 Prime Minister Ion Antonescu forced the unpopular Carol II to leave the country. Carol was succeeded by Michael I again, who was crowned on the same day.

Antonescus government was a pro-German one. In 1944 Michael took part in a coup against Antonescu and replaced him by Constantin Sanatescu. Although he sought an alliance with the allied countries, in March 1945 he was forced to appoint a pro-Soviet government. Michael didn’t succeed in oppossing this government; from August 1945 to January 1946 he refused to sign decrees. In November 1947 Michael travelled to London to attend the wedding of the British Princess Elizabeth to his cousin Prince Philip of Greece and Denmark. Despite of all the problems in Romania he returned to his country.

In the morning of 30 December 1947 Prime Minister Petru Groza summoned Michael, who was in Sinaia, back to Bucharest. The Elisabeta Palace was surrounded by army troops. Michael was forced to sign a pre-typed abdication document, a gun held on him. He later said they also treatened to shoot 1,000 arrested students if he wouldn’t abdicate. Later that day he had to announce his abdication on the radio. Romania was proclaimed the Romanian People’s Republic. Michael on 3 January 1948 was forced to go into exile, had his properties confiscated and in 1948 lost his Romanian citizenship. In March 1948 Michael announced that his abdication had been illegal. Rumours were that he had left the country with lots of treasures including valuable paintings, gold and jewelry, something Michael himself has always denied.

After the end of the dictatorship of Nicolae Ceausescu Michael and several family members on 25 December 1990 for the first time tried to visit Romania again. He was arrested and forced to leave. At Easter 1992 he was however greeted by huge crowds. His popularity alarmed politicians, and only in 1997 he was allowed another visit. In that year the Romanian government also restored his citizenship. In 2001 he was granted the same rights as other former heads of state, received some family properties back and got a living allowance. On his 90th birthday in 2011 he made his first speech to parliament in over 60 years. 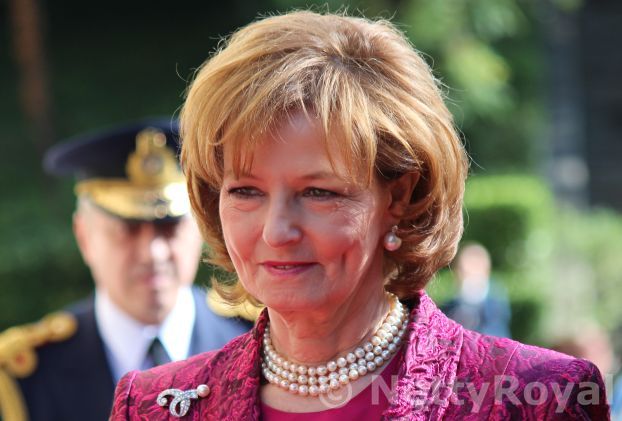 Michael retired from public life on 2 March 2016, when his tasks were assumed by his eldest daughter Crown Princess Margarita. He was diagnosed with chronic leukemia and metastatic epidermoid carcinoma. He died in his home in Aubonne, Switzerland, on 5 December 2017. He was buried next to his wife Anne, who had died in 2016, at Curtea de Arges.

According to the Fundamental Rules of the Royal Family of Romania of 30 December 2007 he was succeeded by his eldest daughter Margarita, who has taken the title Her Majesty Margareta [the Romanian version of her name] Custodian of the Romanian Crown.

Looking back at 2019 in genealogical facts

Changes within the Swedish Royal House