Last week I really started to feel old. Someone posted an article on Twitter with the title “Remember When Prince William Was a Superhot Teen Idol?” Yes, I do remember, but at the time I was already too old to actually have a crush on him, and I probably would have gone for his brother Prince Harry anyway. Who my favourite princes were when I was young (I was born in 1973)? I didn’t really care about my own Dutch princes, although some of them were rather good-looking. But no, I had one huge favourite and two more princes on my list of royals that I would have loved to meet at the time (I wouldn’t mind now either). All of them are by now married of course, and I went to see two of these three marriages. I like(d) them royal, but also not too boring.

Sorry Edward, Laurent, Philippe (all three just a bit too old), Felipe, Joachim, Willem-Alexander, Maurits and all the others … I did like Prince Maximilian von und zu Liechtenstein, the second son of Reigning Prince Hans Adam II. Don’t ask why, but he had dark hair and a certain look in his eyes. And somehow looked much less dull than his elder and younger brother. I even at one time, when I was already in my mid twenties, he still unmarried, found his emailaddress online and emailed out of curiosity. Of course I never received a reply, but forgive me: it was in the time that I was still trying to find out how Internet works. He married a woman ten years his senior, a commoner, and had one son. He is a Group Chief Executive Officer and Chairman of the Board of the LGT Group nowadays, a family company. And he has greyish hair and glasses. I actually did see him once with his wife at a German wedding.

Another favourite was Crown Prince Haakon of Norway, who is almost exactly my age. Maybe one of the biggest reasons to like him. But of course he has always looked quite nice and kind, and he is one of these royals that even look nice with a beard – although I can’t stand one. Not that he had one at the time. I was happy for him when he found his Mette-Marit. Where many people online at the time were against their relationship, I used to defend them if possible. And they seem to be a very nice and happy couple nowadays, with two children of their own and Mette-Marits son from a previous relationship. I travelled to Oslo for the wedding in August 2001, and had a great time, my first big wedding with press accreditation. Is that really almost 16 years ago?

But my biggest crush was of course Crown Prince Frederik of Denmark. Royal, different, a bit of a rebel, who had various girlfriends and never seemed to be able to live long without one. I have to admit I do have some CDs by his former girlfriend, singer Maria Montell, as I simply wanted to hear what she sounded like. I even started a website about him, and later had a forum. It was an interesting, but not always funny time. Especially not when his now wife Mary Donaldson came. Suddenly everybody was interested in the couple, from Danes to Australians and even the media knew how to find us. I did even do a few interviews and we made it into a big Danish newspaper with the amusing headline “They call him Fred” (you must know Fred is the Danish word for peace, and it is written on lots of gravestones all over the country; Danes called him Frede instead). Of course he did marry Mary in 2004, on which occasion I was present again in Copenhagen, and had four children. The forum has long gone. But that rebelious look has never totally disappeared, even now he is grey.

Wonder if you ever had a bit of a crush on a royal. 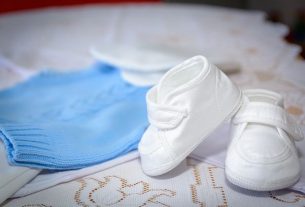 The private christenings of the British royals 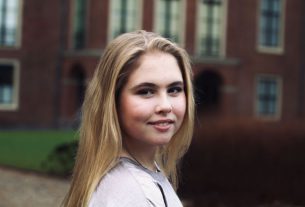 The name of … Catharina-Amalia

5 thoughts on “A Royal Crush”