Can you name an artist (singer, musician, group) you discovered via your love for royals? 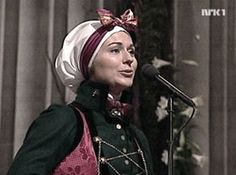 If there is one I should name it is the Norwegian singer Sissel Kyrkjebø. The first time I heard her music it was during the wedding ceremony of Princess Märtha Louise of Norway and Ari Behn. A sad song actually, but so beautiful. I must have heard her music before though as she sang the Olympic hymn at the 1994 Winter Olympics in Lillehammer, and in 1997, Sissel contributed to the soundtrack of the film “Titanic”. Born in 1969 her career already started early. By now I own several of her CDs, mainly bought in Denmark and even one in London. She actually has fans in the Netherlands, but I don’t think she ever performed in my country, nor can you buy her CDs in a shop as far as I know. Princess Märtha Louise herself in 2003 recorded a Christmas album together with the Oslo Gospel Choir, and I must admit I love to play it with Christmas.

Crown Prince Frederik of Denmark in the years 1996-1998 even had a singer as his girlfriend, Maria Montell. We will probably never know if she wrote any songs for him, but sometimes you really wonder … In 1996 she released the album “Svært At Være Gudinde”, the English version being called “And so the story goes …” I must admit this one and some of her other albums also ended up in my home. I was simply too curious.

But some royals do actually sing and released singles or even albums. Remember Princess Stéphanie of Monaco in the 1980s tried to become a popstar? I am not sure if she ever released more than one single, but if I am correct, Ouragan even reached the charts in the Netherlands. It is on one of the collections with French chansons I have. And what about Princess Christina of the Netherlands, who studied classical music in Montreal, Canada, and afterwards accepted a teaching position at a Montessori School in New York City. For a long time I don’t think the Dutch knew how well she could sing. She did sing during a few family occasions like the christenings of her niece Princess Carolina de Bourbon de Parme and her own son Nicolás Guillermo, the weddings of her son Bernardo Guillermo and her nephew Prince Bernhard of Orange-Nassau, Van Vollenhoven, and during the funeral services of both her parents Queen Juliana and Prince Bernhard. In 2000 she recorded a Christmas Album, and in 2002 an album called “The me nobody knows”, and if I remember well her daughter Juliana Guillermo actually sang along on it. Both albums were pretty well received and again ended up in my home. I shouldn’t forget Princess Christina’s brother-in-law Pieter van Vollenhoven, who with his musical “Gevleugelde Vrienden” (Feathered Friends) Louis van Dijk and Pim Jacobs recorded several CDs with all kinds of songs played on the piano. He is an enthusiastic amateur piano player. Both royals by the way donated the money they earned to good causes. Another royal who loves playing the piano and released at least one CD is Fürst Alexander zu Schaumburg-Lippe.

But of course there were also many royal and noble composers in the old days (for example Frederick II the Great of Prussia, but there must be many more), music was composed for them also, and there is of course even the musical “Elisabeth”, about the life of Empress Elisabeth of Austria.

Can you think of more?

No King’s Day without a tompouce