NettyRoyal
1 Comment on When should you wear a hat or fascinator?

When a few months ago King Willem-Alexander of the Netherlands celebrated his 50th birthday, he had invited 150 ordinary Dutch people for dinner in the Royal Palace in Amsterdam. A lady, who actually was seated next to the king, wore a rather large hat. I am not quite sure whether these special guests received any extra information about the dress code that event, as people wore all kind of clothes, from nice suits, to cocktail and evening dresses. Although the lady really looked chic and lovely, it is actually not really done wearing a hat after 6pm. In case royals have an engagement after this time or near this time, they usually don’t wear a hat. 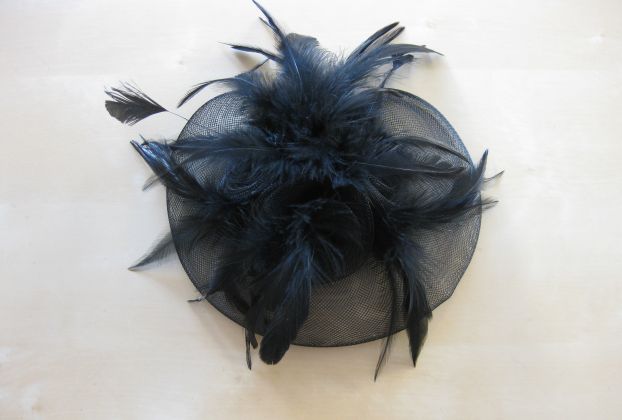 For a royal or noble wedding it is more or less a must to wear a hat or fascinator, although the younger generation more and more seem to do without one. Actually a pity, as it always looks extra festive when people wear one. Nothing wrong with a somewhat extravagant hat, but take care that the hat isn’t so big that the person sitting behind you doesn’t see anything but your hat. In the past respectable women covered their head when appearing in public places, whether they were inside or outside. Although this obligation in the Western world has long disappeared. The hat nowadays rather is a decorative piece. You are still allowed to wear it inside, in a church, at receptions, parties, although you’re also allowed to take it off. I’ve seen Queen Máxima wearing a hat during lunch.

If you ever need a hat or fascinator: it doesn’t necessarily need to be expensive. I got mine (above) for only about four euros some years ago in one of these cheap shops that sells items from shops that went bankrupt or have to get rid of unsold items. My cousin – who wore a cute small hat herself on her wedding day – had asked female guests to wear a hat. As I had to go to the wedding of Hereditary Grand Duke Guillaume of Luxembourg and Countess Stéphanie de Lannoy a month later, I did buy the piece above. And despite of being very cheap, it didn’t look that bad at all.

My cousin’s hat as far as I know was designed by Berry Rutjes, who says on her website you shouldn’t only wear a hat at weddings and funerals, but also at any time during the week if you feel happy about it. She has a lovely shop at the Noordeinde, not far from the Noordeinde Palace in The Hague, The Netherlands.

If the dress code is tenue de ville, wearing a hat is not necessary, when the dress code is jacquet you should wear a hat. Berry Rutjes says that after 5pm you at least shouldn’t wear a hat with a broad trim, but a cocktail hat or fascinator is allowed when you can wear a cocktail dress. Apparently you can wear a fascinator even with an evening dress. I did see someone doing this at the recent Hannover wedding and wondered whether that was appropriate. It seems it is, although I have never seen it before.

One thought on “When should you wear a hat or fascinator?”