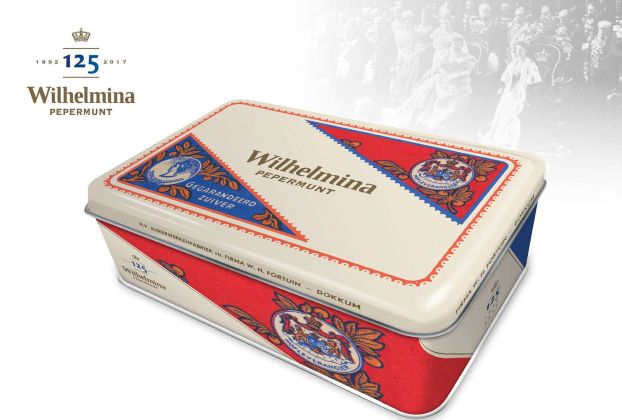 The first box was offered to the Dutch Royal Family, at the time only existing of Wilhelmina and her mother Queen-Regent Emma. They were so delighted that the company received the predicate Warrant Holder of the Dutch Royal Family, a status it still owns today. The mints are beloved and even often given away as a souvenir. The mints come in all kind of packings: paper giftboxes, tin cans, as rolls, in multipacks or bags. The company’s main office is in Dokkum,  a small city in the north of the Netherlands.

On the occasion of the 135th anniversary of Fortuin in 1977 the first luxurious tin can was issued. Apart from Delfts Blue tin cans there are also royal tin cans, and they are very collectable. According to the website from 1977 to 2014 there were 32 tin cans. Some of them are however reissued older tin cans and I am still  not quite sure how you can keep them apart. A list in Dutch can be downloaded here.

I don’t have them all, but I do have several of them, and I am certainly not the only one who quickly visits the shop when a new one has come out, as they’re not always easy to find and are often only on sale for a few weeks. They mostly can be found at some big supermarkets and drugstores around King’s Day. The company has already said a new round tin can with pictures of King Willem-Alexander, Queen Máxima and their daughters Amalia, Alexia and Ariane will be issued. There will also be a box with 500 grams of mints because of the 125th anniversary of the mints this year. 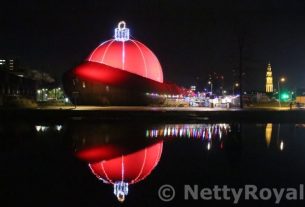 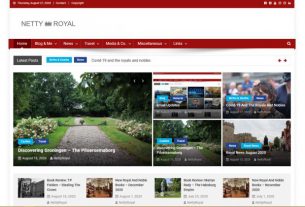 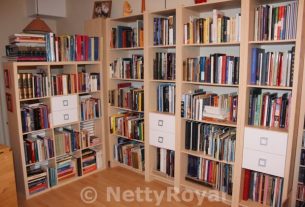