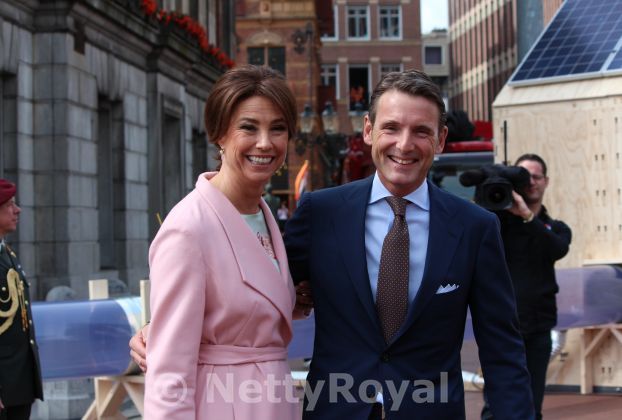 With King Willem-Alexander, Queen Máxima and their daughters Amalia, Alexia and Ariane hardly visible on the side of the town hall, I decided to focus on the other family members attending King’s Day in Groningen, The Netherlands, on Friday. The passage was rather narrow, so they simply had to pass me. I think some colleagues were happy that I recognised them easily and asked them to pose. Most of them looked straight into my camera anyway.

Prince Pieter-Christiaan had left his wife Princess Anita at home, as she was suffering of migraine. He however seemed to enjoy himself during the whole visit, photobombing people along the route. And he did for me too. He was talking to someone, so I decided to ask Prince Constantijn and Princess Laurentien to pose. Then all of the sudden Pieter-Christiaan was in front of my camera instead. I managed to take his photo, and then asked Constantijn and Laurentien again, who had a good laugh when Pieter-Christiaan (unfortunately I didn’t catch that action on camera) started to threaten to photobomb again.

Finally also Prince Maurits and Princess Marilène passed me. Maurits wanted to come closer, but I just could tell him that my camera lense didn’t like that. I had the 55-250mm lense on my camera, which is not always handy when they come really close, but on a day like this the royals are usually somewhat on a distance. Justine Marcella from the magazine Vorsten Royale, who walked with other journalists behind the royals grabbed her chance to get a short interview with the couple, so I could even take more pictures.

When the royals had passed, we had to wait until they had also left the next part of the route. Only then we were taken to the Vismarkt for the final stage of the program. On the way I met two friends who had just seen the royals passing. We had to go through some narrow passages and through a shop. And finally ended up at the Vismarkt. It only cost quite a while until we actually reached the really nearby press stand, as there were too many people in the street. 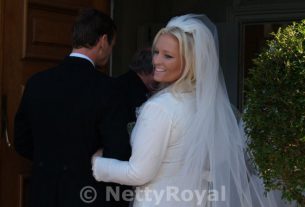 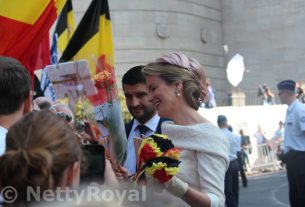 National day celebrations in the monarchies 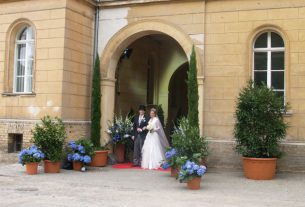