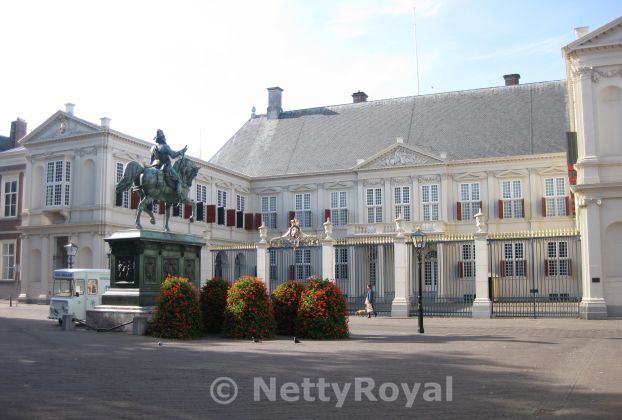 I am not really interested in politics, but if you follow royals, it is something you sometimes come across. In the past months there was lots of fuzz in political Netherlands about several royal themes. One of the things that was discussed intensively, was whether the taking of the oath by ministers of the new cabinet by Queen Beatrix should be done in public.

The media wrote that the Queen was totally against it, and wanted to keep it behind closed doors. Not that the Queen herself ever expressed herself about the topic, at least not publicly. The Netherlands was said to be about the only country where the taking of this oath still happened secretly. And the Dutch of course had a right to see it. All we were so far able to follow was the oath the Dutch monarch is taking when he/she is sworn in. You’d think that the whole ceremony is wildly interesting then, wouldn’t you? Well, on Monday we were finally able to hear it on the radio and watch it on television LIVE!

I guess lots of people who were home turned on their television just to have a look at this exciting event. I have to admit I forgot … But it doesn’t seem like I missed anything. Only the ministers who hadn’t been a minister in the previous cabinet had to take the oath, and the ceremony lasted only a few minutes. It was unbelievably boring also.

The only thing of interest however was that the two biggest TV-channels in the Netherlands had been allowed to film it. One was already on air when the ceremony started, the other one wasn’t. The reason: the ceremony had started ten minutes earlier than had been scheduled. Just don’t ask why that TV-channel was not yet on air, although they usually love to discuss such happenings for ages before it actually happens. Anyway, the ceremony was held for a second time, especially for this TV-channel. The Queen agreed with it, although this time she clearly expressed herself about this topic while the cameras were running: “Do we need to do it again? No, then it will look like a play.” 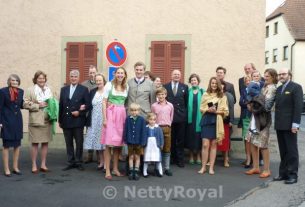 All smiles at wedding in Rüdenhausen