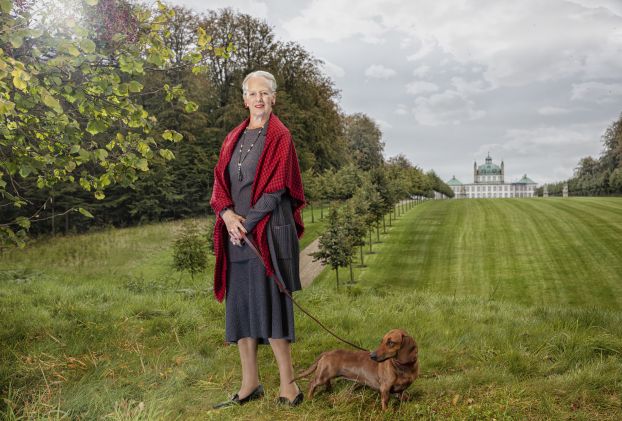 It seems to be the new way to celebrate royal birthdays at the moment. More than 100.000 Danes sang for their Queen, Margrethe II, on 16 April, and she watched it herself, as it was all shown live on national TV. At the end she shortly appeared in the doorway of the Fredensborg Palace and waved to the media and people that had been curious enough to come. In the evening there was even an address on TV in which she spoke to the people. Queen Margrethe mentioned that, like many Danes, she had to cancel her birthday celebrations. But the day was a surprise to her after all.

Does this mean that it has been a long and sad day? No, not at all. On the contrary, the day has brought me so much pleasure and enriched me more than I can say.

I am deeply moved that so many have wished to celebrate my birthday also this year. I thank you with all my heart for the greetings, the songs and the many thoughts that throughout the day have poured in from all parts of the Kingdom.

The Danes’ creativity and inventiveness have been overwhelming. Despite their own concerns and sorrows, many have taken the time to send me their birthday greetings.

Looking back, I will remember my 80th birthday as unique, one of the most memorable. Also here, it shows that when the crisis strikes, we can and will unite in our community – together, but at a distance.

For King’s Day, 10am CEST on 27 April, when normally King Willem-Alexander of the Netherlands celebrates his birthday, the singing of the national anthem “Wilhelmus” on television has been announced. Also in the United Kingdom people want to sing for Queen Elizabeth II, who will celebrate her 84th birthday on 21 April. The event should take place at 9am GMT. People can sing in their homes, from their balconies, in their gardens. One doesn’t need to travel to participate.

16 April for me was a normal working day, at home behind my computer as always. When shopping for groceries early in the morning I discovered the supermarket already had King’s Day cakes. To get into a festive mood I bought some, not to celebrate my king, but to celebrate his godmother Queen Margrethe II. I discovered I could receive the Danish tv-channel DR on my computer and for hours kept it running, although I didn’t always have time to watch. Lots of videos with wishes of Danes all over the world, the singing at noon, several documentaries, and it all ended with the speech of the Queen herself.

It might not have been the way she herself, her people and royalty watchers would have liked to celebrate, but it was celebrated nevertheless. I couldn’t help myself feeling quite happy yesterday, wearing a red top, waving the Danish flag and eating a King’s Day cake, which by the way was delicious. Thanks Queen Margrethe II, and many more years and parties to come in the future. 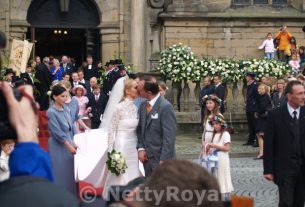 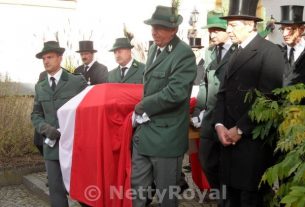 The Funeral of the Fürst zu Castell-Rüdenhausen