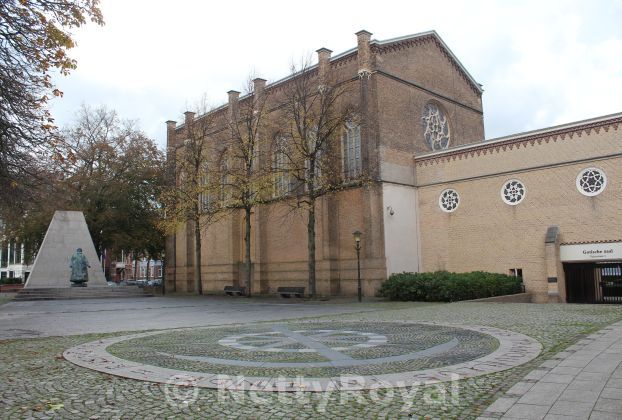 I remember thinking during my last visit to The Hague, The Netherlands, last November, that the area in front of the Noordeinde Palace looks a bit shabby. It turns out there were already plans to make changes. Work has started on 15 January and it will likely take a year.

There will be more space for cyclists and pedestrians, and the Palace square and the next door Heulstraat (street) will be car-free. I honestly already wondered often why people could drive their cars there. Also the street lights will be changed. The plan is that most of the work has been done before Prince’s Day on 19 September.

Furthermore the area in front of the work palace of King Willem-Alexander of the Netherlands will become greener after Prince’s Day. The Queen Wilhelmina Monument will soon be on grass instead of on stones. A more garden-like setting also in which the monument will become more prominently visible. I think it is quite a good decision.

Museum Nienoord in Leek – Day of the Castle 2019