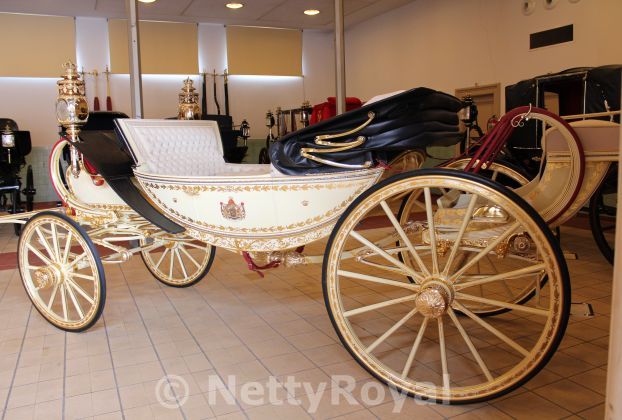 It maybe isn’t the Glass Coach nor the Golden Carriage, but the Crème Calèche certainly is one of the more known carriages in the Royal Stables of the Netherlands.

When the Dutch Queen Wilhelmina turned 18 and ascended the throne, her mother, Queen Emma, bought her a new carriage. Queen Emma’s wish was that the carriage would be used at family occasions as much as possible. Queen Wilhelmina entered Amsterdam in this carriage on 5 September 1898. It was used at the inauguration of Emmas granddaughter Queen Juliana in 1948 and Queen Beatrix in 1980, at state visits and by the now King Willem-Alexander at the opening of the World Equestrian Games in 1994 in The Hague. In 1955 the carriage joined the royal couple at their tour to Suriname and Curacao. Unfortunately nowadays it isn’t used very often anymore. I did see it at an event at Palace Het Loo in Apeldoorn, the Netherlands, in August 2015, and happened to see it again when visiting the Royal Stables recently.

The ivory-coloured carriage was built in 1898 by the firm Hermans & Co. in The Hague. The costs at the time were 11.000 Guilders. The calèche was decorated with golden oak leafs. There are two groups of statues with gold-plated Gratiae and a golden royal crown, furthermore a laurel wreath and a palm of victory. The carriage was drawn by six horses, driven by two postillions, because the carriage doesn’t have a seat on top. I am not quite sure where to find the Gratiae though. I still see the crown on my pictures, but no statues. But of course I’ve never been able to see the carriage quietly from all sides.

On the doors of the carriage originally the royal arms of 1815 was placed, with two lions looking forward. In 1908 among others a lackey seat was added. The carriage was newly painted in 1928 and the arms on the doors of the carriage were replaced by the more modern version of 1907, on which the lions look at each other. Also some other restorations were done. Another restoration took place in 1985. In 1998 it turned out the work that had to be carried out was too much. After extensive research it was decided to restore the carriage extensively. Also the fabrics inside the carriage were replaced by copies of the original fabrics. The work took was carried out between 2002 and 2005.

An accident happened on Prinsjesdag 1963 – the opening of parliament. The crème calèche was used to transport the princesses Beatrix, Irene and Margriet to the Knight’s Hall. One of the horses however bolted and the carriage only stopped after it hit a tree. Luckily there wasn’t much damage and nobody was hurt either. The princesses however had to join their parents Queen Juliana and Prince Bernhard in the Golden Coach. 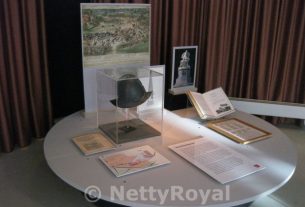 What happened to Count Adolf? 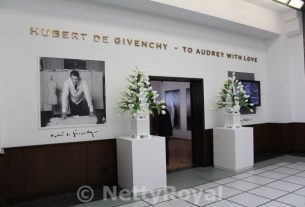 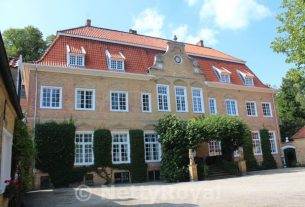 Privately owned – The Philippsburg in Leer

2 thoughts on “The Dutch Crème Calèche”