The weather was a bit better than during his funeral – when there was a thunderstorm – but still it was raining when I searched for traces of Lodewijk Thomson here in Groningen, The Netherlands, today. I accidentally had to bring something to that part of town and I decided to bring my small camera to take a few pictures.

Who was Lodewijk Thomson? He came from an originally Scottish family that moved to the Netherlands and there became part of the patrician families. He was born in Voorschoten, The Netherlands, on 11 June 1869 as son of Bernard Heidenreich Thomson and Maria Wilhelmina Pompe van Meerdervoort (from a noble family). He married in 1895 Henriëtte Lambertina Slotemaker and had two daughters. He served in the Dutch army, both in Aceh and South Africa. And from 1905 to 1913 was a member of the Dutch Parliament for the Liberal Union.

However he is probably most famous for becoming the first Dutch soldier, and one of the first in the world, to be killed during a peacekeeping mission. After having been a military attaché in Greece 1912-1913 he soon got himself another position. After coming home from Greece he spent some time setting up the 3rd Infantry Battalion at the Rabenhaupt Barracks in Groningen. In 1914 he was chosen to be the head of the new International Gendarmerie force in Albania. Its task was to stabilize the new, independent Principality of Albania, that with Prince Wilhelm zu Wied had chosen a new monarch. There was some scare that the various religious groups in the area would start a war.

On 15 June 1914 Thomsons unit was engaged in a fight with rebels at the port of Durrës. Thomson was killed, probably by an Italian sniper, or otherwise a rebel. He was at first buried in Albania, but already a month later his remains were transfered to the Netherlands. The public interest upon arrival in Amsterdam was huge. On 15 July 1914 he was brought from Amsterdam to Groningen by train. He found his last resting place at the Zuiderbegraafplaats in Groningen (a video of his funeral), near the Rabenhaupt Barracks. His wife was reburied next to him in 2004. The Dutch troops left Albania late July 1914, Prince Wilhelm zu Wied left the country in September 1914.

At the spot of the former Rabenhaupt barracks one can find a bust of Thomson, almost right next to it a street named after him. The bust could be found on the Zuiderbegraafplaats in Groningen from 1919 to 2002. In The Hague a square and a street were named after him. A replica of the bust was unveiled in the Dutch parliament in June 2014, 100 years after his death. Another replica can be found in Durrës, a replacement for the memorial for Thomson that was destroyed in the 1960s. In 2000 he became an honorary citizen of the city.

Now 104 years later Lodewijk Thomson is almost forgotten, apart from some interest around the 100th anniversary of his death. Some graves of nobles at the same cemetery as his are easier to find – to be honest I didn’t manage to find his still existing grave. Maybe another time when the weather is better. It is easier to find his bust and street. Unfortunately it seems the area around the bust is hardly taken care off. And despite of the commemoration plate almost near the street, I wonder if many people know the story behind this bust. 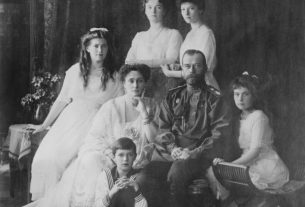 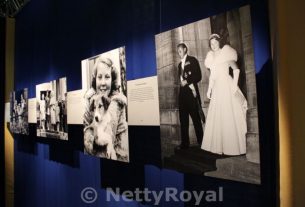