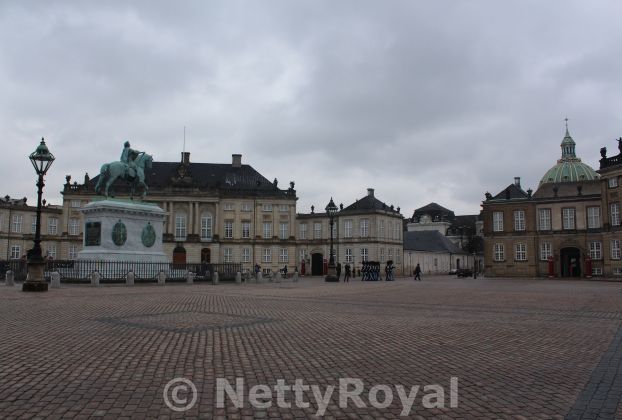 On 16 April and some previous days Queen Margrethe II of Denmark celebrates her 80th birthday. All one can hope is that the Covid-19 virus doesn’t influence any plans she or I have. Having wanted to see one of these celebrations for a long time, I booked a few days Copenhagen. I have visited the city several times in the past 25 years, and there is so much I’d like to see again. I fear I won’t have enough time for all the castles, gardens and churches in and around Copenhagen, but I’ll do my best. If anybody has a good tip, let me know.

What is there to see in Copenhagen itself?

In the city itself are four castles and palaces, of which three are absolutely a must to see.

Changing of the Guards

Actually the present royal residence didn’t start as one. Four identical rococo palaces were built on a site that was given by King Frederik V 1748/1749 to the noblemen A.G. Moltke, Christian Frederik Levetzau, Joachim Brockdorff and Severin Løvenskiold. They were placed around an octagonal square. On the square is a statue of King Frederik V on horseback.

The temporary solution turned into a permanent one, and now Amalienborg has been a royal residence for over 200 years. One of the four palaces is occupied by Queen Margrethe II nowadays (Christian IX’s Palace) – when the flag is raised she is in residence -, while Crown Prince Frederik and his family moved into the Frederik VIII’s Palace in 2010. Christian VII’s Palace is used for guests and official receptions.

However Christian VIII’s Palace houses the Amalienborg museum and is thus open to the public. The exhibition, including a brand new Fabergé room, takes you through 150 years of the monarchy. One can visit the private chambers of previous royal couples. And on Saturdays and in June-August on a daily base you can daily visit the Royal Representation Rooms, the Gala Hall and other state rooms.

For fans: the Changing the Guard ceremony takes place daily. At 11.30am the guards leave the Rosenborg Castle and arrive at Amalienborg Palace for the ceremony at noon. When the Queen is in residence the guard is accompanied by the Royal Guards music band.

Another palace you must see if you have the opportunity is the Christiansborg Palace. The palace is not a royal residence anymore, but is used for representation, and also the Parliament (Folketinget) has its seat in the building. On the site several castles and palaces were erected after 1167. The first Christiansborg was built in 1740 and was named after King Christian IV, but was destroyed by a fire in 1794. The stables are from that period tough and are still there. The second Christiansborg was inaugurated in 1828 but again was destroyed by a fire in 1884. The palace chapel survived, and was among others used for the christening of Prince Christian of Denmark in 2006. The present-day Christiansborg only dates from 1928.

The Royal Reception Rooms with the great hall and its wonderful modern tapestries, the Royal Stables, the Royal Kitchen the Palace Chapel and the ruins under the palace are usually open, although could be fully or partly closed due to official functions of Queen Margrethe II. Luckily I have been there during my last visit, as most of it will be closed in the Queen’s birthday week, although I am not sure I’ve ever seen more than the reception rooms.

A bit outsite of Copenhagen centre is the Frederiksberg Palace on top of the hill with the same name. The baroque palace was built by King Frederik IV in the early 18th between 1699-1735 and used to be a royal summer residence until the death of Queen Marie in 1852. Since 1869 it is the Royal Danish Military Academy.

The palace and the chapel can be visited, although I never went inside, and the palace overlooks the Frederiksberg Gardens. There are guided tours on the last Saturday of each month.

The eldest of the Copenhagen castles and palaces is the Dutch renaissance Rosenborg Castle, which was built as a country summerhouse in 1606 by King Christian IV. Until around 1710 it was used as a royal residence, apart from two times in times of emergency (1794 and 1801). Since 1838 it is open to the public. The castle is situated in the “Kongens Have” (The King’s Garden), which is the oldest royal garden in Copenhagen. The Royal Life Guards have their barracks next to the castle.

Worth a visit, one can visit the Long Hall with the coronation chair of the kings and the throne of the queens with three silver lions in front, as well as a large collection of silver furniture from the 17th century, as well as several other rooms. In the museum one can see the Royal Collections, including Crown Jewels and Danish Crown Regalia. I expect in April at least one set of jewelry might be removed to be worn by Queen Margrethe at her birthday celebrations. But it is quite a while since I visited, so I probably should return.

One shouldn’t miss having a look at Holmens Kirke (Holmen Church) and Copenhagen Cathedral or the Church of Our Lady (Vor Frue Kirke).

Holmen Church was built in 1563-1619 and later turned into a naval church by King Christian IV. Here Queen Margrethe II and Prince Henrik married in 1967. Also Crown Prince Frederik was christened there the next year, as well as twins Prince Vincent and Princess Josephine in 2011.

What is there to see around Copenhagen?

From Copenhagen the public transport and roads are excellent. In Copenhagens suburbs one can find: Sorgenfri Palace, the Hermitage, Charlottenlund Palace and Bernstorff Palace. Mostly only the parks around the buildings are open to the public tough. The Hermitage is open in June-August on Saturdays only, and one can drive all the way up on Wednesdays.

If you have a bit more time there are several more castles, palaces and churches at Sjælland (Sealand), that are worth a visit:

Furthermore there is the Ballerup Museum, reachable from Copenhagen by S-train (Ballerup). Between 1 March and 20 December 2020 there is an exhibition about the life of Grand Duchess Olga (Tsar Nicholas’ sister) as an artist. They also have a small permanent exhibition about her. 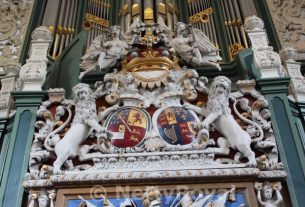 An Interesting Royal Walk Through Leeuwarden 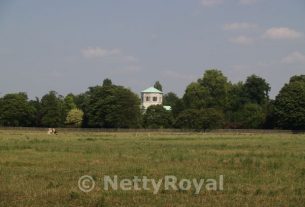 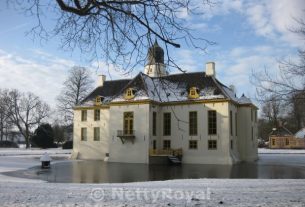