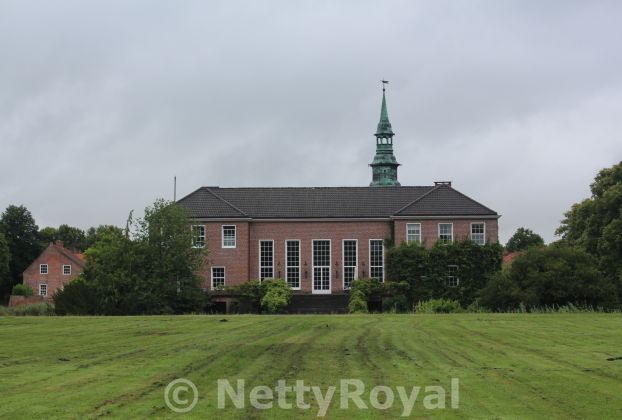 Did you know that East Frisia (Ostfriesland) in Germany once had its own counts from 1464 to 1654, and even its own Fürsten (princes) from 1654 to 1744? Then the Cirksena dynastie became extinct. The last woman died in 1761. Without much trouble the Prussians then claimed East Frisia. In Aurich is the family mausoleum. There were also several noble families in the area. During the few days I stayed in the area early August I found back several traces – even when not really searching for it.

According to the booklet “Burgen und Schlösser in Ostfriesland” by Günter G.A. Marklein, that I bought only 12 of the 130 former castles in the area are still there, as well as a few other remaining noble buildings. Most of them were however either destroyed or torn down, or simply collapsed. The ones that are still there are: the castle in Aurich, Burg Berum, Steinhaus Bunderhee, the Beningaburg in Dornum, the Norderburg in Dornum, Burg Fischhausen, Gödens Castle (still residence of a noble family), the Osterburg in Groothusen, Burg Hinta, Jever Castle, Burg Kniphausen, the Haneburg in Leer, the Harderwykenburg in Leer, the Evenburg in Leer-Loga, Schloss Philippsburg in Leer-Loga, Lütetsburg Castle, Neuenburg Castle and the Manningaburg in Pewsum. I probably should travel in the area a bit more, as Leer for example is not that far from where I live.

The font in the Evangelische Inselkirche on the Isle of Norderney has the name of Carl Georg Graf Wedel-Gödens on it. It turns out he donated the font to the church when it was opened on 11 June 1879, not coincidentally the golden wedding anniversary of the Emperor and Empress of Germany.

On my second day in East Frisia I visited Lütetsburg Castle. I took the old steam train from Norden to get there, but there are also busses going. The park is beautiful, but probably better in Spring and when it doesn’t rain. Anyway I enjoyed a walk through it. The castle itself is unfortunately for visitors the residence of the Count and Countess zu Inn- und Knyphausen. I only got as far as the gatehouse. The eldest parts of the castle are said to be from the 13th century. Apart from the garden there is a nice café and a lovely shop, which you can visit.

The small place called Dornum is very nice to walk around for a bit. It even has two castles left. The first one is the Beningaburg or the Osterburg (Eastern Castle), named for the Beninga family, that once owned it. Not much has remained from the old 16th-17th century grandeur to my opinion. The “Ahnensaal” (ancestral hall) does have a collection of very bad copies of people who once lived here. But interestingly the building nowadays is a café, restaurant and hotel. That way you partly can go inside and have a look and a drink or some food.

The other castle is the Norderburg (Northern Castle), that actually nowadays houses a school. The first building was built by Hero von Dornum, but destroyed in 1514, rebuilt in 1534. The last member of the family Von Closter who owned the castle since,  Haro Joachim von Closter, had the castle changed into a castle in Dutch barock style, but died without heirs in 1707. The courtyard opens only late afternoon, outside schooltimes, and although it was still school vacation when I got there, I am not quite sure I did see it all. 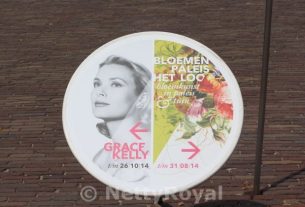 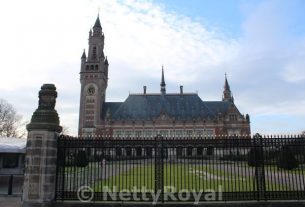 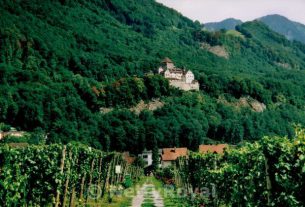