Translation of the Norwegian text from VG Nett by Maria and Netty, May 2000.

Here is Terje Svabøs interview with Crown Prince Haakon about his relationship with Mette-Marit Tjessem Høiby as a whole.

Royal Highness, there has been written a lot about the Crown Prince and Mette-Marit Tjessem Høiby. Is she your girlfriend?

I now find myself in a little bit difficult situation because I am going to break one of the principles that I personally hold high. And that is that I don’t want to share my private life. I continue thinking that it is a good principle, and this will be the exception that proves the rule. I don’t like to confirm that I have a girlfriend, and I don’t want to talk about the seriousness in the relationship. But I have been forced to do it and then I am ready to talk about some things, which are connected, to my girlfriend. Yes, I have a girlfriend, and her name is Mette-Marit. The reason why I go out with it now is that I believe that if have stayed passive, possible my girlfriend Mette-Marit, her son and the rest of the family, friends and acquaintances of her, the third part, will be in involved in this in a bad way, they will be pressed and come in a difficult situation and maybe I can prevent that a little. And therefore I choose to go out. And that is the real reason.

Have the debate and the writings effected the Crown Prince?

Yes, it is clear it has affected me. And it affects the persons around me, it affects my girlfriend and her surrounding and so on. It is no doubt about that. I do not want the starting-point to be that I am dictated and pressed, but sometimes it can be right because of those who have come into this involuntary. My girlfriend has chosen to be together with me, and in that way you can say that she is responsible, too for it. But I think it should not be such negative consequences of that choice, but … There are some third persons around her who has not made the choice at all but has come into this involuntary.

Does the Crown Prince want to protect some persons around your girlfriend?

Yes, I want to try to do it, and I request that these people should not be involved in the debate and pressed in a bad way and that private life will be respected and that you follow ethical rules and try to do this in the best way.

It has became a new life for Mette-Marit Tjessem Højby, hasn’t it?

That is one aspect of the situation, it has been different after she has been together with me. But I think that it is maybe one thing which has not come up in the debate is that you have heard some things about her or read and so on. But the time-aspect has not come up. In the beginning of the 90’s a culture in Oslo grew up – a special youth-culture which gladly will be related to house-environment. And it is clear that that there were a lot of parties. In this environment Mette was active for a while. We have talked a lot about this forward and backwards, of course, and I can also see that the reason why I go out, I am the Crown- Prince, it is because of that this problems come, also that the situation is as it is, that it will be splashed up. Therefore I feel that it is right that it is me who goes out with this and do what I can. And that is why she has the right to disappear and be in the background and not be a public person in this situation. I believe for her it was a kind of choice not to be controlled in this situation. So then about the environment she was in for a while. And it happened. And it is clear today the situation is different for her, and I feel that has not come up enough, the differences in time aspects.

You have a relationship with Mette-Marit. And will that be formalised, Crown Prince?

It is clear that if we formalise our relationship we inform the Norwegian people about it, there is no doubt about that, we will do that. We need time so we can develop our relationship and the love we have for each other. Relationship of love needs time to settle down and mature. It is like this with my relationships of love, too. We also need piece and quiet in our relationship until we decide that now we want to formalise it, and then it is clear we should inform about it.

The Crown Prince´s relationship to a woman, is that a private matter or is it a public matter as you see it?

When it is formalised it is a public matter. Before that I think it is a private matter.

I go out with this now only because I want to try to work against something, in which case raise so that you respect this, the ethic borders and don’t go over the sanctity of private life and the things which belongs to those group of problems.

When that time comes your father, King Harald, will ask advice from the government, the president of the parliament, if you have chosen the right partner?

There are some things which I am in a happy situation as a Crown Prince. And I feel this is not my table. And therefore I don’t say more about that now. That is something I don’t decide.

Someone has said that the discussions about your girlfriend also turned into a discussion about the monarchy. Does the Crown Prince agree with that?

Yes, the thing that is important – is that is clear we are not against a discussion about the monarchy, a constructive debate about monarchy. I believe it is a good contribution to the general discussion about the society. It is important to have a principal basis and that you don’t go over the ethic and private borders that lay there and that it will be hold in a fair way without using tricks.

In the broadcasting of today the Crown Prince talked about his relationship and it comes also to the support the family has given him. Has it (what the media says) become a burden?

Yes it is clear that it has become a burden, both for me and for her and for the people involved. There is no doubt about that. It is a benefit for me and my girlfriend that we have an open relation, we talk openly about this kind of things, and that is a tremendously strength.

Another fantastic support comes from my family. I can talk very well with them about this kind of things – also with people who work at the Palace. And that is a security to have behind your back. We talk about these things but that does not mean that they necessary think that everything I do is fantastic. But they are very supporting and follow me up. We talk very openly about things we do not agree about and we have a good relation, and I think it is nice to holding that up.

The Crown Prince told his parents about his girlfriend very early?

Yes, half a year ago, when we became lovers I told them. I think that was natural. 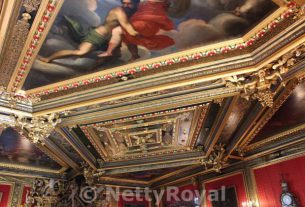