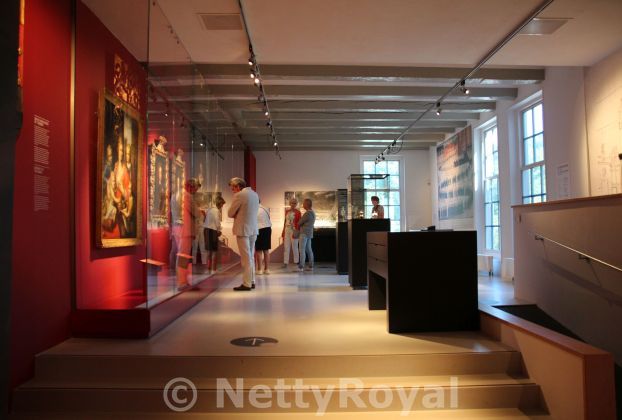 My first museum visits after the start of the covid-19 crisis were happily a good experience. While the terraces and streets in the city centre of Leeuwarden, The Netherlands, in the afternoon were too packed to my liking – it was great weather – I went off to see two museums, and afterwards had a late lunch/early dinner at a terrace on the edge of the centre, of course next to the Princessehof, at the Brasserie Maria Louise. Furthermore I did a city walk.

As mentioned in my previous post I attended the opening of the permanent exhibition “The Princessehof of Maria Louise” at the Princessehof National Museum of Ceramics. Of course I wanted to see the new additions to the museum myself. I am not the only one who thinks it was about time that two famous occupants of the building got a bit more attention.

The building actually exists of two houses: one built in 1622, and another one being the remains of the Papingastins, probably dating from the 15th century. The Van Aylva family occupied it since 1644, and in 1731 the residence was bought by Maria Louise, the widow of Johan Willem Friso, Prince of Orange and stadtholder of Friesland. Maria Louise bought several houses and asked the architect Anthony Coulon to connect the buildings. She lived at the palace until her death in 1765.

The present museum connects the 18th century palace with the 16th century town house, a 19th century wine warehouse, the 17th century riding hall of the Stadtholders and another building, and inside you find a true maze of halls, chambers, staircases and attics. The museum already had a period room for many years, furnished as Maria Louise’s dining room. chamber.

The new permantent exhibition shows more of the history of Maria Louise and her family. There is a very nice family tree showing how the present King Willem-Alexander of the Netherlands descends from Maria Louise. Furthermore there are several portraits, prints, drawings, glasswork and coins. You shouldn’t expect a huge exhibition, but I was pleasantly surprised to see finally a real effort has been made to remember the royal history of the palace.

In later years the palace was divided into three houses. In the middle one in 1898 another famous person was born: the Dutch graphic artist M.C. Escher. Interesting is that he had his first exhibition at the Princessehof, that had turned into a museum in 1917. Only a handful of visitors came to see his work. In 2018 he finally received his own little space in the Princessehof: “At home with Escher”, in the basement of the palace where he spent the first years of his life, showing youth portraits and Spanish tiles.

This was extended with a huge anamorphic wall painting by 3D Streetpainter and streetartist Leon Keer, inspired by Escher’s work “Convex and Concave”. The really impressive wall painting can be visited since 20 June, but was opened by Mayor Sybrand Buma on 17 June, the birthday of Escher. The director of the Princessehof told me that this is the first time it has been allowed to reproduce a work by Escher this way.

Altough I am not really interested in ceramics, I would have liked to see a bit more of the present temporarily exhibition “Sunken Treasures”. The extensive ceramics collection of Maria Louise forms a part of the collection of the museum by the way. Unfortunately I had an appointment for another museum visit and decided I really had to leave. Maybe next time I can enjoy more of the museum and the botanical makeover of the tea salon. 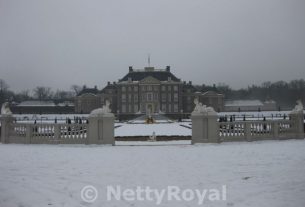 A Royal Palace in the Snow 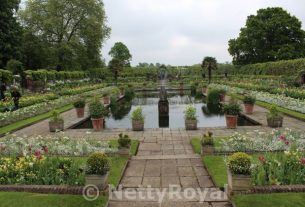 David Bowie is … was … still is