Today is the summer photosession of the Dutch royals at Palace Huis ten Bosch. Over the years I have been to two photosessions, in 2005 and 2013. Living in Groningen means that The Hague/Wassenaar is pretty far away, and travelling is not very high on my list at the moment. Nor is there as much media invited as in previous years as far as I have heard.

While in 2013 I was able to take pictures myself, that was totally different in 2005. The photosession was held on Sunday 17 July at 4.30pm in the garden and on the terrace of Villa De Eikenhorst in Wassenaar, The Netherlands. The weather was beautiful. I remember it took ages to reach Wassenaar by train and bus, and we gathered on a parking space and were taken from there to the Eikenhorst in busses.

Of course at the time the children were not at all used to the cameras. Princess Amalia was just 1 1/2 years, Princess Alexia only three weeks old. I was quite excited to be able to see the little princesses and have a look in the garden of the then Prince of Orange and Princess Máxima.

I had brought my non-digital camera with me, although I was invited as a journalist. I managed to take some pictures, although we journalists had to stand aside and were told all of the time to put the cameras back in our pocket/bag. As some of the more experienced journalists didn’t do that, I decided to follow their example.

Of course a photosession never takes very long. In this case afterwards a few questions were being answered, and that was it. Maybe 15 minutes, but not much more.

Comparing the photos I took then to the ones I took at the same place eight years later, I can only tell that the family didn’t change their garden furniture during those years and also the sunshade seemed to be the same one. 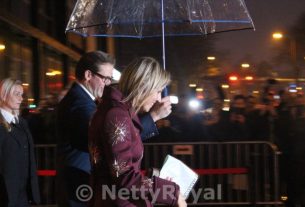