For the elder generations of Dutch people Palace Soestdijk is remembered best because of the Queen’s Day celebrations during the reign of Queen Juliana of the Netherlands. Between 1949 and 1979 the Queen and her ever growing family stood on the steps on the palace, while Dutch people passed them in a long procession that was televisized as off the 1950s. Of course all these people never came empty-handed and brought their monarch lots of flowers and gifts. When Queen Juliana early 1980 decided to abdicate the procession on Queen’s Day was no more. Twice there was a similar event: on 31 May 1980 and a small one on 31 May 1987 on the occasion of the 50th wedding anniversary of the Queen and her husband Prince Bernhard.

During the period the palace was open to the public I visited it four times: Spring 2007 with my mother, in November 2007 with a friend, July 2012 at Vorstendag and in December 2019. Stupid enough I did bring my camera for my first visit, but I forgot to put a SD card in it, so I couldn’t take photos. I of course only discovered when we were almost at the palace and no shops were in sight. Many of my pictures can be found here. The statue was added in 2009 and revealed by Queen Beatrix. 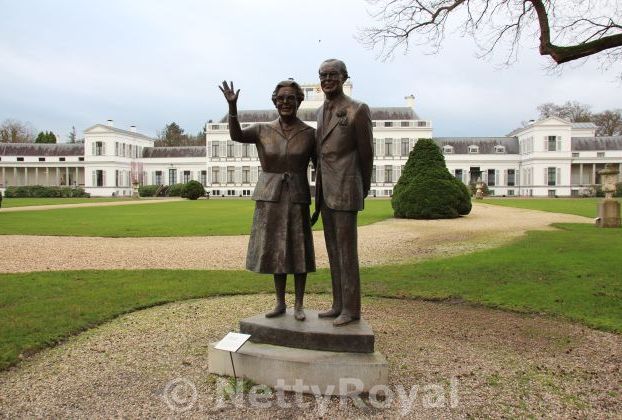 The History of the Palace

Along the road between Baarn and Soest – the Soestdijk – Cornelis de Graeff, who was one of the mayors of Amsterdam, had a country estate built around 1650. He was one of the educators of Prince Willem III of Orange – later also King William III of England – and it was Cornelis de Graeff’s son Jacob de Graeff who in 1674 sold the house and its lands to Willem III. Between 1674 and 1678 he had the house changed into a hunting lodge, designed by Maurits Post. When he and his wife Mary II acquired Het Loo they didn’t use Soestdijk very much anymore.

Later stadtholders used Soestdijk mainly in the summertime. When the French occupied the Netherlands in 1795 they confiscated Soestdijk and donated it to the Dutch people, which was confirmed by the Batavian Republic. For several years Soestdijk was used as lodgings, mainly for French soldiers. In 1806 King Louis Napoleon started using the palace. He slightly extended and refurbished the building. Also the park was rearranged. After 1810 Soestdijk became one of the palaces of Emperor Napoleon.

In 1815 the Dutch people donated the palace to their new crown prince Willem, the later King Willem II. The architect Jan de Greef designed two wings in Empire style on both sides of the main building, inspired by the imperial palace in Pavlovsk. The left wing became known as the Soester wing, the right one as the Baarnse wing. Willem and his wife Anna had the palace refurbished and used it often in summertime. In 1865 the palace was inherited by Willems younger son Prince Hendrik, while King Willem III inherited it in 1879.

His widow Queen Mother Emma inherited the palace from her husband and used it in the summer until she died in 1934. In her lifetime the palace got electricity, two new rooms on the first floor that were used as dressing rooms, and the colonnades were covered with glass, which made it possible that the royal family also used the palace in other times of the year. After Emmas death the palace was renovated and in 1937 Princess Juliana and her new husband Prince Bernhard started living in the palace. Three of their four children were born in the palace. In World War II German officers occupied the palace for some years.

Soestdijk became the official residence of the head of state in 1948. Apart from Juliana and Bernhard the palace also housed the secretariate and Juliana prefered to work from the palace. Also the engagements of her daughters were announced from Soestdijk. During renovations in the 1960s and 1970s the palace got a sunroom and an indoor swimmingpool.

Because of the high maintenance costs the palace was sold to the Dutch state for 4,2 million Gulden late 1970. As off 1 January 1971 the palace was put at the disposal to the Crown, making it possible that Soestdijk remained the residence of Juliana and Bernhard. In the 1970s and early 1980s also Princess Irene and Princess Christina had appartments in the Soester wing. Queen Juliana died in the palace on 20 March 2004, Prince Bernhard on 1 December 2004. Afterwards the royal family no longer made use of the palace.

In October 2005 the palace was put at the disposal of the Dutch State again and in 2006 it was decided that the palace would open its doors for the time being. The orangery became a hospitality company, the palace opened its doors in December 2006. In the first two months only inhabitants of Soest and Baarn could visit, afterwards it was opened for everyone. Already in October 2007 the palace had welcomed 1000.000 visitors, until the end of 2010 it were more than 600.000. The palace closed its doors between 1 January 2011 and 1 March 2011, and was then reopened until a new destination was found, which took a while. Several ideas were considered and represented.

In June 2017 it became known that the palace and lands were sold for 1,7 million Euros to the MeyerBergman Erfgoed Groep. The key was officially exchanged on 20 December 2017. The plan is that the palace will become a platform for innovation under the concept “Made by Holland”. There will be tours, events, cultural activities and business meetings. A hotel, the hospitality sector and other functions will be established in and around the palace.

On 5 January 2020 the palace opened its doors for the last time. After the renovation that is thought to cost more than 100 million Euros and should last until late 2023, the palace hopes to reopen its doors. 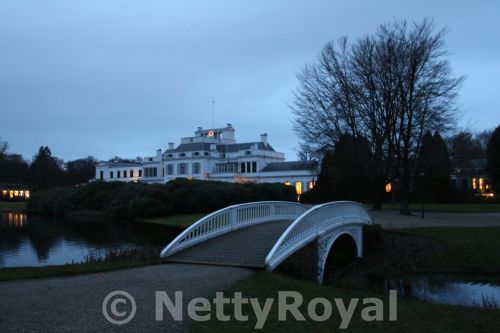 Leeuwarden – Once a Royal Residence