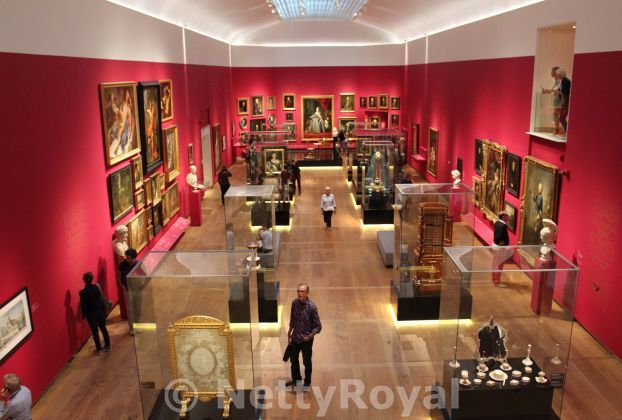 While at Palace Het Loo in Apeldoorn Queen Máxima of the Netherlands will open the exhibition “Anna Pavlovna, colourful queen” on 5 October – the exhibition itself will be open to the public from 6 October 2016 to 5 February 2017 – there is still an exhibition going on in the Netherlands about another royal, and much more powerful, woman: Catherine the Great, Empress of Russia. “Catherine the Greatest. Self-polished Diamond of the Hermitage” at the Hermitage Museum in Amsterdam, The Netherlands, already opened its doors on 18 June, but I only managed to visit early September. You can still visit until 15 January 2017. Another splendid Hermitage exhibition. Not the biggest I have seen, but certainly not the worst one.

Once upon a time … it says on the wall at the start of the exhibition, followed by portraits of six actresses that once played the role of this extraordinary Empress in a film: Marlene Dietrich, Elisabeth Bergner, Jeanne Moreau, Julia Ormond, Catherine Zeta-Jones and most recently Marina Aleksandrova (and there were even more). Although you could wonder if even an actress will ever do justice to this extremely powerful woman, however they’re all certainly more beautiful than she ever was. Born as Sophie Auguste Friederike, Princesss von Anhalt-Zerbst in a tiny principality in Germany in 1729, she married the later Tsar Peter III of Russia in 1744 and took the name of Catherine. To put it mildly not the best marriage in royal history. She already had lovers long before her death, and it is not certain that Peter is even the father of their son Paul, who was born in 1754. There are quite a few portraits of lovers and other favourites on show at the exhibition. After Peter’s death in 1762 it was Catherine who became the new Tsarina, and reigned until 1796. A period of national power and glory and a golden age in the history of Russia.

The exhibition shows more than 300 objects from the Hermitage in St Petersburg and invites visitors to have a look into Catherine’s world. There are lots of portraits, sculptures as well as personal possessions such as clothing and jewelry. And it includes an amazing copy of the Great Imperial Crown, created in 2012 for the 250th anniversary of Catherine’s coronation out of 14-carat white gold, 11,352 diamonds, two rows of white pearls (74 in total) and one ruby-red rubellite. The original one is permanently on display at the Diamond Fund of the Russian Federation. But for me the copy was already a masterpiece. 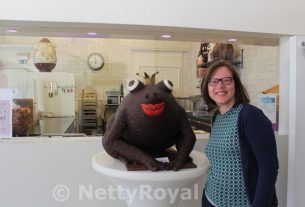 A chocolate shop in a Royal Palace 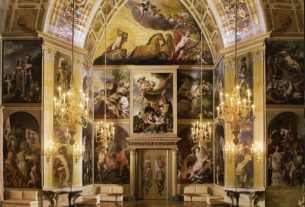 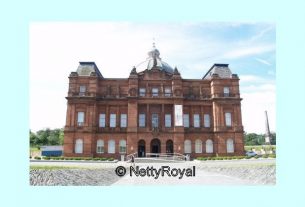