Each year I send out a small amount of Christmas cards to royals that I do like, that send cards back. The last answers often arrive in February, or even later. I was very early this year myself, having sent mine already in the weekend of 30 November/1 December 2019. Although I am not sure that makes royals answer quicker, at least a few did arrive early. 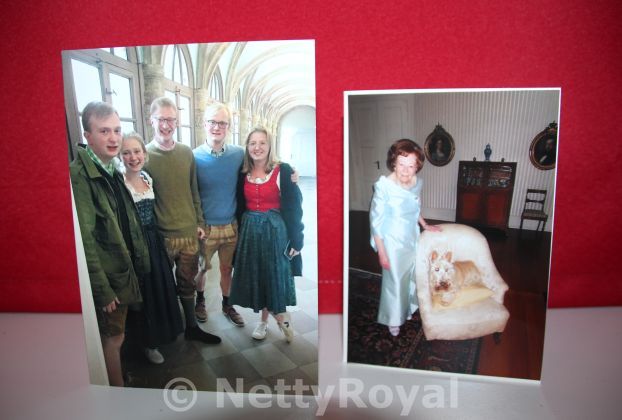 The first mail arrived here on 6 and 7 December. I had sent the cards on 30 November from Germany, but I was really surprised how quick the mail was. As usual the Lippe family was the quickest. I have been sending Christmas cards to them for years and always get lovely replies back. It is good to see that Princess Traute at 94 is still going strong. Her dog is on the photo, as usual. And the five children of Prince Stephan and Princess Maria zur Lippe are getting older every year. I’ve seen them growing up on the Christmas cards. 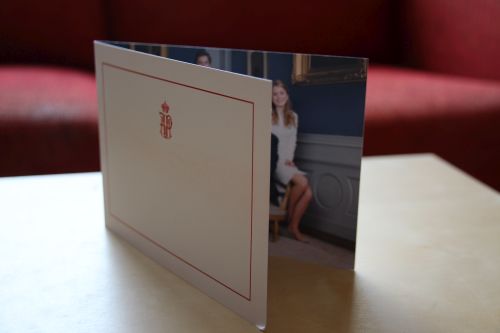 Together with lots of other Christmas cards came this card from Belgium on 19 December. A lovely photo was taken of the family on the occasion of the 18th birthday of Princess Elisabeth in October. The Christmas wish is in Dutch, French, German and English and the card is signed (printed) by King Philippe and Queen Mathilde, and the names of their children appear at the bottom, as well as the year 2020. On the front of the card and the envelope is the monogram of the royal couple. 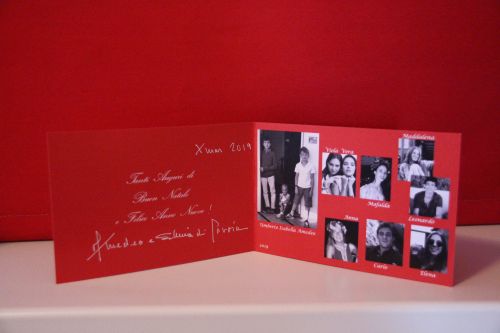 The lovely card of the Dukes of Aosta arrived on 3 January 2020 from Italy (and fits perfectly with my roll curtain, don’t you think?). As usual their card shows photos of the grandchildren. Always a treat as we don’t see them in public very often. 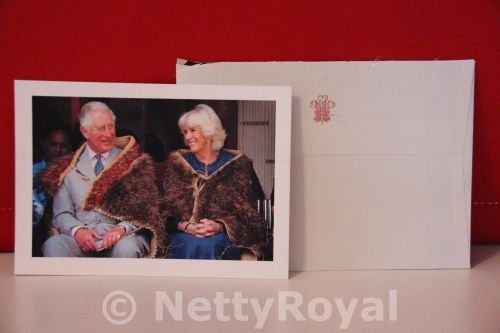 The Prince of Wales and the Duchess of Cornwall won the British race this year. On 8 January 2020 their Christmas card arrived at my place with a funny photo from their tour in New Zealand. 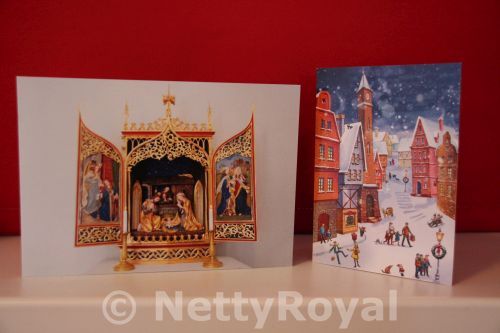 Now January is halfway the answers suddenly come in very quickly. On 16 January 2020 I received a beautiful card (there is a family picture inside) of an archducal couple of Austria. And to the right is the annual Unicef card of the Dutch royals, a slightly different design from last year’s card.

Even more cards arrived the next day, 17 January 2020. The Duke and the Duchess of Cambridge sent their annual family picture with their cute children. The Hereditary Grand Ducal couple of Luxembourg sent a card with the wish on a separate card. And I received a very nice short message from Tessy de Nassau-Antony with a family picture printed on it, sent from Switzerland. 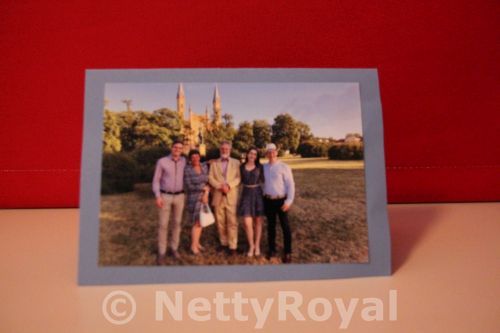 The first (wet) snow of the Winter made the envelope a bit wet. The card with photo luckily wasn’t harmed too much, despite of travelling for more than a month. The Duke and Duchess of Mecklenburg(-Strelitz) and their children sent a nice picture, taken in Neustrelitz, Mecklenburg. Stamped 23 December 2019, it only reached my house on 28 January 2020. The address was written clear and correct, but apparently the Dutch mail can’t cope with the German way of writing numbers and letters anymore as they thought it was the wrong postal code. Then the postal code was changed into another one, that isn’t at all correct. And finally it arrived here after all. PostNL/Sandd did this also happen with my Vorsten magazines and maybe some other mail in recent months that didn’t arrive the way it should? Maybe I should put a note in the letterbox of the address in the street with almost the same name as mine – but about 10 minutes by bike from here – after all. 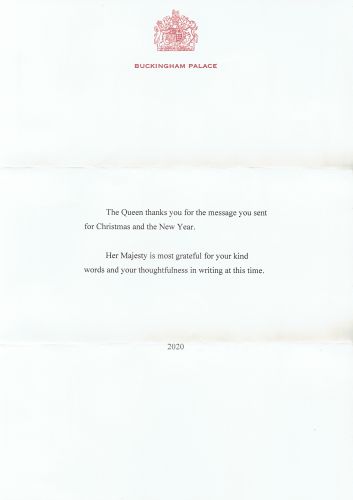 The arrival on 13 February of the Christmas letter of Queen Elizabeth. Simple, but at least it has the year on it. I thought this would be the last Christmas mail this year, but no. 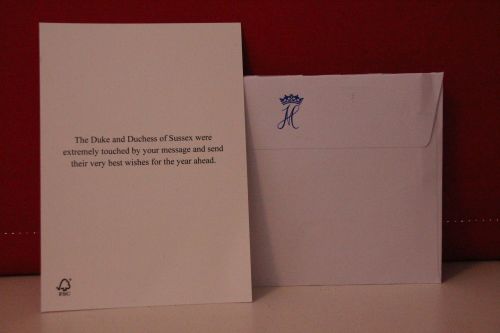 On 5 March 2020 the Christmas post from the Duke and Duchess of Sussex finally arrived. It is never too late … The front of the card, sent from Buckingham Palace, shows the monogram of the couple in blue, that is also on the back of the envelope. The front shows a short text, thanking for the best wishes and sending theirs for the year ahead.

Problems Commenting on this Blog Solved