NettyRoyal
4 Comments on The latest additions to my royal collection

There is a huge problem with collecting something royal: you will always find more items that you would like to have. Although I am running out of space, I have just added a few nice unresistable things. 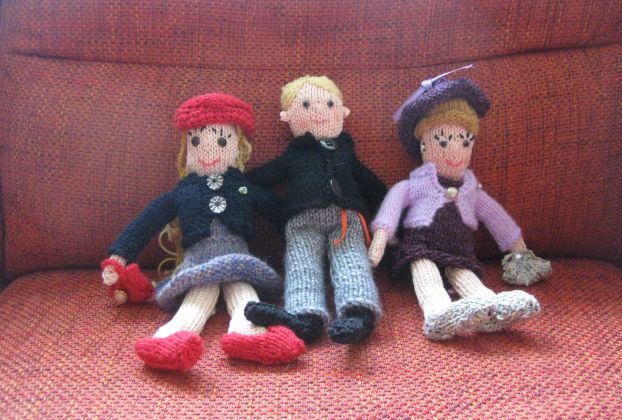 A few years ago the book, “De Oranjes. Een uitgeBREIde geschiedenis” (The Oranges. A knitted history) by Fiona Goble, was published. I really tried a few times myself, but I am pretty useless when it comes to knitting, although I learnt the basics in primary school many years ago. My friend Eleonore however loves handcrafts and made me the above dolls. I guess you can see that it is King Willem-Alexander, Queen Máxima and Princess Beatrix of the Netherlands. She intends to create the three daughters for me too, but it might take a while, as she always has projects going on. They turned out to be very cute, but a bit larger than I had expected.

Photographer Albert Nieboer of Royal Press Europe went to Thailand recently for the coronation of King Maha Vajiralongkorn. Upon compliments about his royal brooch on Facebook, he managed to track down some for people who liked to have it. I also got this lovely leaflet about the coronation with all kind of information about the festivities. He recently opened a webshop, in case you’re interested in any of his products.

On Sunday I went to the flea market here in the city centre. Apart from 30 royal postcards I bought three old magazines. What are the odds finding a magazine about the coronation of the British Queen Elizabeth II exactly on her 66th anniversary – as she was crowned on 2 June 1953 and I found the magazine on 2 June 2019! I also bought two other magazines about the wedding of Queen Elizabeth II and Prince Philip in 1947, and one about the wedding of King Albert II and Queen Paola of Belgium in 1959.

4 thoughts on “The latest additions to my royal collection”

Neighbourhood exhibitions of my non-royal photo

Prince Harry: The adventures of a royal cat (5)