NettyRoyal
Leave a Comment on How Do I Celebrate the Royal Wedding? 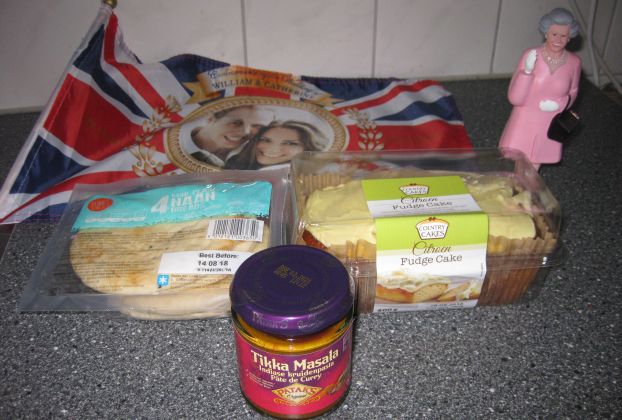 Mmm, I can’t say that the nearest supermarkets had that much British inspired food on sale. Unfortunately I had no time to go into the city or bake anything, already having been busy with the wedding of Prince Harry of Wales and Meghan Markle for days. I did see a sticky toffee cake baking box though, and that might be something to remember for the future.

I decided on having a quick version of Tikka Masala in the evening with naan bread. And I found a fudge cake with lemon taste in the supermarket, although that of course doesn’t bring me anywhere near the lemon elderflower wedding cake of the bridal couple.

I’ll wave my flag from the wedding of Prince William and Catherine Middleton in front of my television while working and let Queen Elizabeth II wave in front of my window. With some tea to drink that will have to do tomorrow.

Such a lovely surprise – My photo shown at the museum

From the UK to Thailand – A busy week