Paul Gilbert is organizing the Nicholas II Conference at the St. John’s Orthodox Church in Colchester, Essex, United Kingdom, on Saturday 27 October 2018. The conference marks the 150th Anniversary of the Birth and 100th Anniversary of the Death of the last Monarch of Russia, Tsar Nicholas II. Five experts from Canada, the UK and the USA will present seven papers on topics on the life, reign and sainthood of Nicholas II.

Paul Gilbert is the founder of Royal Russia (1994) and publisher of the magazines Royal Russia Annual (2011) and Sovereign (2015).

So if you are interested, go to the website of the conference, where you can find more information about the lectures. And also about other things you could do apart from attending the conference. Costs for the day including refreshments are £25. Only last year I took the train from London back to Harwich and passed Colchester. The city is indeed quite easy to reach by public transport. 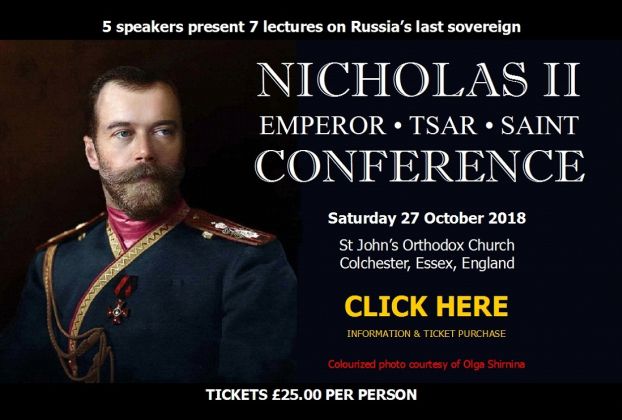