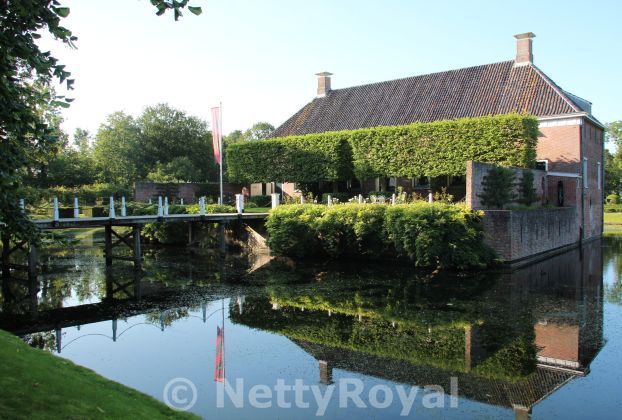 While waiting to be able to post the pictures of two (yes two!) royal weddings in the past weeks, here is another Groninger borg. I went cycling yesterday and passed this beauty, Borg Verhildersum in Leens, that I have visited in the past. My last visit was however quite a few years ago. Unfortunately yesterday I arrived too late to get into the castle and the museum shop, but luckily you can walk around as the gates weren’t closed. Next-door is a restaurant that was still open anyway.

The building started as a “heerd” (a farm) in the 14th century. 1398 a certain Aylko Ferhildema, also known as Aylko Onsta, is the owner. It is unclear whether this noble family actually lived in the house. They rebuilt the house around 1514. 1587 Hidde Onsta inherited and she and her husband Ludolf Tjarda van Starkenborgh started living in the house. They might have rebuilt the old house to be able to live in it. They died in 1618 and were buried in the Petrus Church in Leens. Their descendants were the owners of Verhildersum for quite a long time.

It wasn’t until the early 17th century however that the house was actually called a Borg and the family became quite influental. In the fourth quarter of the 18th century the house fell into decay, as the family prefered to live at the other family estate. And the borg seems to have been was rented out. 1821 Edzard Tjarda van Starkenborgh sold the place to Hendrik van Bolhuis. His daughter Geertje van Olst van Bolhuis inherited the borg. The descendants of her and her husband Hendrik Frima sold the borg in 1953 for 30.000 guilders to the municipality of Leens. They had the borg renovated in 1956.

Tine Clevering-Meijer of the Carnation Fund Groningen, as curator, championed the restoration of the badly neglected garden. She had the garden redesigned by landscape architect Renske Titia Boon, who drew the plan for the garden with characteristics from the Renaissance and the Baroque. Clevering and her husband planted more than 1.300 species of flowers and plants as off 1967. Also artist Eddy Roos was asked to create statues, that were scattered through the garden after 1976. In 1972 the old “schathuis” (cattle house, now the restaurant) of the demolished Saaksumborg was placed near the borg. The old tram house from the former Emmaplein in Haren became a garden arbor in 1986, in memory of Tine Clevering-Meijer. Some garden alterations took place in the 1990s and 2000s. There are nowadays 13 statues.

The borg itself nowadays tells the story of the Van Bolhuis-Frima family in the second half of the 19th century. The rooms offer a special insight into the life on an estate during that time. The tour includes the reception room, an old kitchen and even the attic.

The Borg Verhildersum is situated just outside the village of Leens, in the Dutch province of Groningen. The estate is 32 hectares big. Apart from the Borg Verhildersum (the actual castle), surrounded by a moat and a lovely garden, you’ll find the carriage house with ticket office, exhibitions and shop, Restaurant Ons Schathoes and a farm with exhibitions, and more than enough parking space around. The garden didn’t look that great anymore when I visited yesterday, but there are several interesting statues too, and when the sun is shining everything looks good. 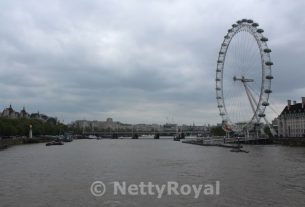 Beyond the obvious – What to see in London? 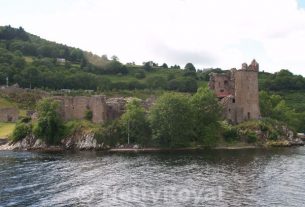 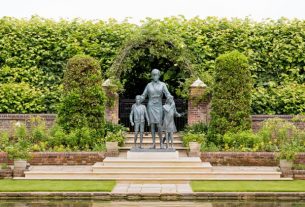