NettyRoyal
Leave a Comment on A Street with a Royal Name

How many streets do you know that have the name of a royal? There is hardly a city or village in the Netherlands without streets named after either modern or historical royals.

Leeuwarden, once a royal residence until far in the 18th century, has lots of these streets. But one name was missing in the list of illustrious names of Dutch Stadtholders and royals. And that was the name of a woman who played a rather important role in the city. On 21 March 2017 finally a modest and private path (accessible) of about 100 metres long, just behind the Stadhouderlijk Hof where she once lived, received her name: Anna van Hannoverlaantje. The street sign was revealed by Bearn Bilker, president of the Foundation Nassau and Friesland. To be even more precise, the path is on the very same spot where once Anna’s ballroom and Anglican chapel were located.

A plaque on the wall at the beginning of the small lane in Dutch and English gives some information about the lady in question. Anna of Hannover (1709-1759) was Princess Royal and daughter of King George II of Great Britain and Ireland. In 1734 she married the Frisian Stadtholder Willem IV. The court in Leeuwarden was very modest compared to the one in London. When Willem IV in 1747 was appointed the Stadtholder of the Dutch Republic, the court of the family moved from Leeuwarden to The Hague, marking the end of Leeuwarden as a royal residence. 1751 to 1759 Anna was the regent for her young son Willem V.

The Princess loved music and played herself. Many concerts took place in the city during her stays. She also painted and wrote many letters during her life. The organ she donated to the Walloon Church in the city can still be admired. You can say she laid the basis for the cultural infrastructure of Leeuwarden, Bearn Bilker said to the newspaper “Leeuwarder Courant”. In 2018 Leeuwarden will be a European Capital of Culture, together with Valletta (Malta). 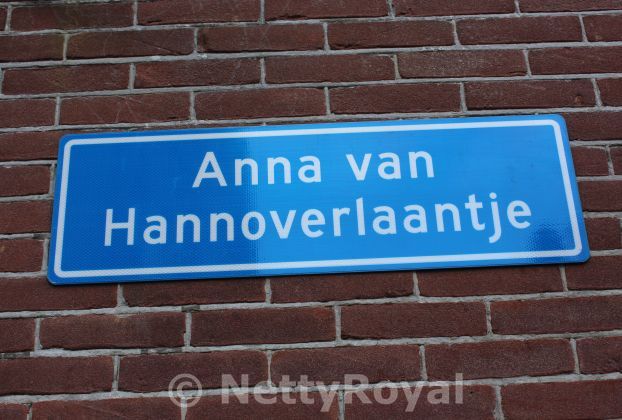